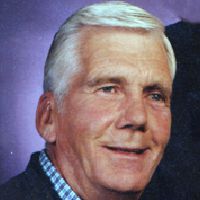 David Patrick “Pat” O\'Dell, 73, of Sheridan, passed away on Sunday, April 9, 2017, at the Sheridan Memorial Hospital. He was born on January 11, 1944, in Sheridan, WY, to parents William and Leota (Cusick) O\'Dell. He married Patricia Fatz on March 22, 1969. They had three children and were later divorced. He became re-acquainted with his high school sweetheart and they became companions for eighteen years.Pat served in the US Air Force as a Military Policeman, receiving his training at Lackland Air Force Base, TX. He served in Korea and Vietnam. He was then sent to Malmstrom Air Force Base, Great Falls, MT. When he left the service he had reached the rank of Sergeant.Pat had a great work ethic and was an excellent carpenter who took pride in his craft and was always willing to lend a helping hand without expecting anything in return. Over his lifetime he worked at the Sheridan Inn, Forest Service, Jersey Creamery, Sheridan Meats, Burlington Northern, Fry Construction and O\'Dell Construction until going out on his own doing construction.Pat enjoyed the mountains and nature, hiking, nature walking and watching, loved watching his grandkids play sports and spending time with his family. He was an avid fly fisherman who was always willing to teach his kids and grandchildren his passion. He was a Wyoming Cowboy fan, never missing a game. He was a member of Holy Name Church.Pat was preceded in death by his parents, William and Leota, brother, Thomas O\'Dell and former wife, Patricia O\'Dell. He is survived by his companion, Karen White Thompson, of Sheridan, children, Tiffany (Dustin) Shaw of Sheridan, Ryan (Sandra) O\'Dell of Sheridan, Ivy (Jim) Larson of Sheridan, brothers, Mike (Kathy) O\'Dell of Aurora, CO, John (Starr) O\'Dell of Sheridan, Ed (Mary Kay) O\'Dell of Torrington, WY, four grandchildren, Dylan, Wyatt, Emma, Christopher and all of Karen\'s children, Scott Thompson, Mark (Eda) Thompson, Brent (Stacy) Thompson, Merret (Buddy) Schumacher, Brian (Kate) Thompson, her grandchildren, Ryan, Jennifer, Allison, Jarret, Emberlynn, Bryce, Summer, Austin, Riley, Evan, Ella, Alex and her great grandchild, Madilyn.A Visitation will be held at 6:00 with Rosary and 7:00 on Monday, April 17, 2017 at Kane Funeral Home. Mass will be held at 10:00 on Tuesday, April 18, 2017, at Holy Name Church with Father Glenn Whewell officiating with Military Honors. A reception will follow in the Parish Hall.Memorials to honor Pat may be made to the Joey\'s Fly Fishing Foundation, 109 S. Main St., Ste B, Sheridan, WY 82801.Kane Funeral Home has been entrusted with arrangements.