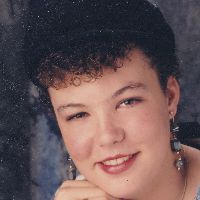 Dawn Marie Bays, 43, of Sheridan passed away on Friday, October 27, 2017 at her residence.  Dawn was born on July 15, 1974 in Hollywood, CA to P. Martin and Isabelle (Martone) Moelle.  She grew up in L.A. and graduated from Venice High School in 1992. She moved to Rawlins, WY in 1993 from L.A. She later came to Sheridan in 1994 she worked at JB\'s Resturant, Qwik Sak, and the Correction Officer and at Home Depot until her passing. While at Qwik Sak working for Rex, she was his right- hand man supervisor, manager, took care of ordering and anything that needed done.  During her marriage to Ronald Bays, he gave her a foal as a birthday present, which became her passion. She enjoyed soccer, partying, spending time with friends and family. She trained and raised four horses, Chance, Autumn, Tuffy and Spook. It was while spending time on a pack/camping trip on the Buffalo side of the mountain with Spook on August 10, 2007, that there was an accident that would change her life forever.  During a lengthy recovery she had to put down her favorite horse, Chance.  Dawn was preceded in death by her grandparents, father Martin Moelle, uncle George Martone. She is survived by her mother, Isabelle Moelle of Santa Monica, CA, brother, Michael E. Moelle, sister, Michelle L. Moelle, best friends Mary Sue Harold of Sheridan, WY and Dannie Rice of Casper, WY.Memorials to honor Dawn can be made to the Sheridan Dog and Cat Shelter, 84 East Ridge Road, Sheridan, WY 82801A Celebration of Life Reception Gathering will be at 2:00 pm on Thursday, November 9, 2017, at the Kane Funeral Reception Room with Reverend Kevin Jones officiating.Kane Funeral Home has been entrusted with arrangements.