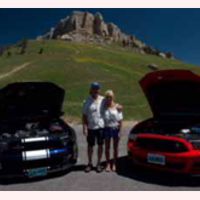 Debra Jo Robinson, 62, of Dayton, passed away on Monday, December 26, 2016, at her residence.In the early hours of December 26th, our wife, mother, daughter, sister, aunt, cousin, niece and friend slipped quietly away from our arms after a hard fought and courageous battle with cancer. She was a strong, generous soul and will be greatly missed.Deb was born on March 3, 1954 to Gordon and Gloria (Hall) Novakovich in Sheridan, WY. She graduated from Sheridan High School. She married Gordon (Rob) W. Robinson on October 17, 2015 in Sheridan, WY. She worked as an office manager for Big Horn Airways. She enjoyed fast rides in a mustang, gardening and shopping.Deb was preceded in death by her father Gordon Novakovich. She is survived by her husband Gordon (Rob) Robinson, son Ryan Kath, mother Gloria Novakovich, sister Lisa (Greg) Miknis, nieces Ashley and Courtney Miknis and numerous cousins, aunts and uncles.No services are planned.Memorials to honor Deb can be made to the Sheridan Dog and Cat Shelter, 84 East Ridge Road, Sheridan, WY 82801.Kane Funeral Home has been entrusted with arrangements.