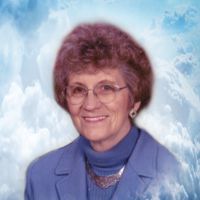 Della Mae Cahoy, 74, of Sheridan, passed away on Monday, February 23, 2015, at the Sheridan Manor.Della was born in her families home in Elkader, IA, on March 6, 1940, to parents Alvin and Irene (Storbeck) Klink. She married Duane J. Cahoy in September, 1964, in Sumner, IA. She earned a degree at Upper Iowa University in education. She taught 4th and 5th grade for 5 years and was a substitute teacher for 15 years in Fredericksburg School District. She was a Director of Religious Education over 20 years in Fredericksburg, IA., then retired to Wyoming in 2003. Later, she was a secretary for Perry\'s Trailer Sales and sold Jafra products for fifteen years.Della was a member of Holy Name Catholic Church, a Eucharistic Minister, a Cub Scout Leader, and was instrumental in reviving the Boy Scout program in Fredericksburg, IA. Della enjoyed the mountains, horseback riding, rodeo, telling cowboy stories, hiking, traveling, cooking, camping, quilting, tatting, sewing, her Dodge truck and Coors. She especially loved spending time with her grandchildren and family.Della was preceded in death by her parents, and brother in law, Roger Wright. She is survived by her husband Duane, sons; Darin (Janet) Cahoy of Sumner, IA, Dale (Lorie) Cahoy of Sheridan, WY, and Sharlene (Joe) Humphrey of Pleasant Hill, IA, siblings; Rose Lee Wright of Cedar Rapids, IA, and Reese (Rita) Klink of Guttenberg, IA, six grandchildren; Kylee, Shyanna, Klinton, Shelby, Matt, Brian and three great grandchildren.A Visitation will be held at 6:00 with the Rosary at 7:00 on Monday, March 2, 2015, with Father Brian Hess officiating at Kane Funeral Home. A Mass will be held at 10:00 on Tuesday, March 3, 2015, at Holy Name Catholic Church with Father Brian Hess officiating. A Reception will follow at the church. Inurnment will be held in Iowa at a later date.Kane Funeral Home has been entrusted with arrangements.