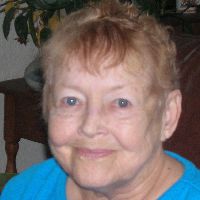 Delores “Dee” May Palmer-Griffith peacefully left us to join her Father in heaven on October 28th, 2017. Dee was born to Bert and Mabel Palmer at the old Sheridan hospital, on May 13, 1935.She spent her early years in Dayton, later moving to Sheridan and graduating from Sheridan High School in 1953. At eight years of age she began playing the piano and that became her life passion. Dee lived most of her life in Sheridan and Johnson Counties. Dee married Arnold (Lucky) Griffith Sr., on December 26, 1992, in Buffalo, where they resided until Lucky\'s passing in October of 2002. She then returned to Sheridan and continued teaching and playing piano until her passing. Dee was preceded in death by her two infant sons Mark and Wayne Schuman, her parents,Bert and Mabel Palmer, and her husband Lucky Griffith. She is survived by three children;Susan Keahey of Idaho, Mike Schuman of Colorado, and Valerie Schuman of Sheridan, her sister Donna Kane of Sheridan, her grandchildren Brandi, Brenda, and Anthony, and great grandchildren Rebecca, Brandon, Ashton, and Zoey. Per Dee’s wishes, donations can be made to the Sheridan People Assistance Food Bank, P.O. Box 312, Sheridan, WY 82801 in her memory. Memorial arrangements will be announced at a later date. Kane Funeral Home has been entrusted with arrangements.