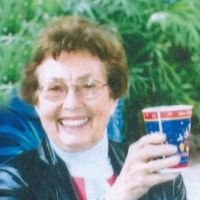 Delphine I. Toner, 91, passed away on January 26, 2016, in Sheridan, Wyoming.   She was raised on a ranch near Colstrip, Montana. She graduated from Colstrip High School and married C.J. Toner in 1946. She was employed at First Interstate Bank until her retirement. She served as a director of Sheridan Memorial Hospital Foundation, Genesis Foundation, and Northern Wyoming Mental Health Center Community Foundation. She also served as executive director of the Homer A. & Mildred S. Scott Foundation and was a member of Memorial Hospital Auxiliary. She was preceded in death by her husband, her daughter Terry, brother, Clinton and sister Mildred. She is survived by her son Tom (Rebecca), her daughter Mary Ann (Randy), and her grandchildren Rachel and Anne Toner, Rocky and Ryan Hopson,Cody Koerwitz and Brian Lee. She is also survived by her sister Leona Money and numerous nieces and nephews.A Rosary will be held at 7:00 P.M. on Sunday, January 31, 2016, at Kane Funeral Home. Her Funeral Mass will be held at 10:00 A.M. on Monday, February 1, 2016, at Holy Name Church with Father Brian Hess officiating. Inurnment will be in the Sheridan Municipal Cemetery with a reception to follow in the parish hall. Memorials to honor Delphine may be made to Holy Name Catholic Church at 260 E. Loucks, Sheridan, WY 82801.Kane Funeral Home has been entrusted with arrangements.