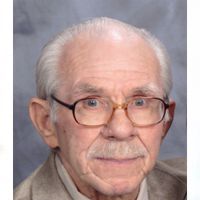 View Service Folder| Click for Video Tribute Derald Dean Stiles 75, formerly of Sheridan passed away peacefully at home in Billings, MT surrounded by his family on December 25, 2014 after a lengthy illness. Derald was born August 7, 1939 to Emmett and Thelma Stiles in Dore, North Dakota. Derald attended school at Taylor Elementary School, Central Junior High School, and Sheridan High School before graduating in 1957. He went on to serve in the Army Reserves in Fort Leonard Wood, MO and then returned to Sheridan where he worked at Panetta Brothers and the Wyoming State Highway Dept. In 1961 he met Arlene Kershaw and in 1964 they were married in Dayton, WY. While working for the State of Wyoming the family lived in Sheridan, WY, Burgess Junction, WY, and Newcastle, WY before returning to Sheridan in 1978. Derald worked in the warehouse and drove truck for Decker Coal until he retired in 2002.Derald enjoyed hunting, fishing, and camping in the Big Horn Mountains which he regarded as “home”, but most important to him was his family. He and Arlene just celebrated their 50th wedding anniversary in March of 2014 in Dayton, WY. He will be remembered as a great husband, father, grandfather, brother, and uncle to his family. He was preceded in death by his parents, Emmett and Thelma Stiles (Partin); brother Emmett Berdon Stiles; and sisters Maxine Doran, Joyce Matlock, and Belinda Pihlak. Derald is survived by his wife Arlene Stiles of Billings, MT; sons: Ken Stiles (Maggie) of Billings, MT; Craig Stiles (Diana) of Cheyenne, WY; daughter: Paulette Stiles of Laurel, MT; six grandchildren: Andi Jo, Andrew, Brayden, Cameron, Max, and Cace; two great grandchildren: Sabrina and Mason; brother Leon Stiles of Sheridan, WY; sister Myrna Bybee of Buffalo, WY; brother Lonnie Stiles of Sheridan, WY; and several nieces and nephews.A viewing will take place at Kane Funeral Home on Thursday January 1, 2015 from 6-8 PM. Funeral services will be at Kane Funeral Home on Friday January 2, 2015 at 10:00 with Ray Cox officiating. Interment will be in the Sheridan Municipal Cemetery. A Reception will follow in the Kane Reception Hall.In lieu of flowers donations may be made to Joey\'s Fly Fishing Foundation at 109 S. Main St., Ste B, Sheridan, WY 82801 or the donor\'s choice.Kane Funeral Home has been entrusted with arrangements.