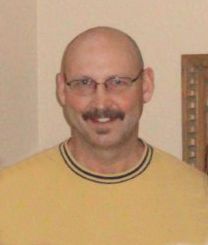 Donald (Dewey) Paul Simmons, 60, passed away recently on May 3, 2016. He was born on May 28, 1955, and was the son of the late Donald E. and Bertha A. (Washut) Simmons.Dewey was a graduate of Sheridan High School in 1973, and in 1976, embarked on a life-long mining career with Kiewit, where he started as a laborer working on the construction of Decker Mine.His extensive career saw him hold nearly every supervisory position from Coal Foreman to Dragline Superintendent. His leadership through the years helped the mines through a variety of significant changes, including the consolidation of the East and West mines in the mid-1980s, through the ultimate expiration of the long term coal contracts with utility customers in Illinois and Michigan. He was promoted to Mine Superintendent in 2001, before ultimately being named Mine Manager of Decker Mine in 2003. In 2008, Dewey was asked to join the first group of Kiewit Mining Group (KMG) leaders working on the Kearl Oil Sands project north of Fort McMurray in Alberta, Canada, where he played an instrumental role during the early establishment of the mine. Dewey returned to the US in 2011, as Mine Manager at Haystack Coal Company in Evanston, WY prior to retiring in the fall of 2012.Dewey enjoyed golfing, working on his house and cabin, playing pool and spending time with friends. He was preceded in death by his parents, grandparents, numerous aunts and uncles, his brother Curt J. Simmons, and his beloved Yellow Labrador Dozer. He is survived by his brother Richard G. Simmons of Berlin, Germany, sister Donna M. Loescher of Sheridan, WY, and sister Carol J. (Simmons) Thomas of Rapid City, SD, and life-long friend Charlotte McKinney.Donations in honor of Dewey may be made to a charity of your choosing.Kane Funeral Home has been entrusted with arrangements.