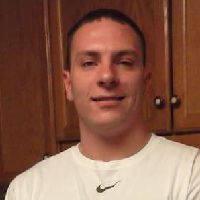 Donald Amos Marshall, 28, of Sheridan, passed away on Friday, October 13, 2017, in Sheridan.Donny was born on March 27, 1989 to Roy K. Marshall and Barbara Nielsen Barnett in Roosevelt, UT. He was a hard worker and had a very giving and loving heart. He would do most anything for anyone. Donny loved children and children loved him. Donny worked in the oil fields and in construction. Donny is preceded in death by his grandparents. He is survived by his mother Barbara Barnett, his father Roy Marshall of Joplin, MO, his sister Bobbi-Jo Marshall of Gillette, WY and his brother Robert Marshall of Joplin, MO, his sister Nikkol Marshall Kinman, Neosho, MO.A Celebration of Life Gathering and BBQ will be held in Sheridan Sheltered Acres Park on South Emerson Street, Friday, October 20, 2017 from 4-8. Bring Food and good stories. Kane Funeral Home has been entrusted with arrangements.