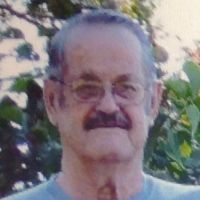 Donald G. Thompson, 87, of Sheridan, passed away on Thursday, August 2, 2018, at the VA Mountain View Living Center in Sheridan. He was born on June 7, 1931, in Rolette, ND to parents Lloyd and Judith (Strand) Thompson. Don served in the US Air Force (Strategic Air Command) during the Korean War.  His duties were as Crew Chief mechanic of F-84 and F-86 jet fighters and mechanic on B-36 bombers.  He, as do millions of other American military men and women, enjoyed recounting his times in the service to his country.  He was deeply patriotic and the welfare of veterans was an important part of his life.After his honorable discharge from the Air Force, Don met his future wife, Joyce, and attended The North Dakota State Normal and Industrial School, receiving his Bachelor of Science degree in Industrial Arts Education.  Don and Joyce (Enga) married during his senior year, December 28th, 1958. In 1960, Don and Joyce moved to Sheridan Wyoming to start his new job at the Sheridan V.A. Hospital and to begin their family.He was a therapist in Vocational Therapy at the V.A. and retired from there after 28 years of service.After retirement, he drove School Buses for Sheridan School District 2.  He retired from the district after 10 years of service there.He loved seeing kids laugh and smile.He coached little league baseball during his kids’  younger years and enjoyed taking the teams to the A&W after their games.He enjoyed woodworking, machining and metal working, tinkering, making gadgets and loved all things mechanical. He also enjoyed hunting and camping in the Big Horn Mountains, but most of all, he loved Jesus and was devoted to his family. He was a member of Trinity Lutheran Church.Don was preceded in death by his parents; Lloyd and Judith, sisters; Lois Garrity and Dorothy Rettey, nephews; John Garrity and Dan Garrity. He is survived by his wife, Joyce, children; Ross Thompson of Cheyenne, WY, Clark Thompson of Arlington, WA, Darren Thompson of Lake Stevens, WA, Kevin Thompson of Colorado Spring, CO, two grandchildren, Cameron Thompson and Sarah Thompson, both of Cheyenne, WY, sister, Rachel Barksdale of Rolette, ND, brother, Harold Thompson of Rolette, ND and numerous nieces and nephews.A Celebration of Life with Military Honors will be held at 2:00 on Tuesday, August 7, 2018, in Sheridan WY at Trinity Lutheran Church with Pastor Phil Wold.Donations to honor Don may be made to the Trinity Lutheran Church at 135 Crescent Dr., Sheridan, WY 82801 or to the Sheridan Senior Center the Hub at 211 Smith St., Sheridan, WY 82801.Kane Funeral Home has been entrusted with arrangements.