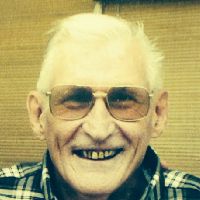 The Lord called Donald L. Saville, 78, of Sheridan, WY, home on Tuesday, September 16, 2014.Don was born on May 24, 1936 to Robert and Florence (Thibodeau) Saville in Butte, MT. He started his career as a Baker at the Town Talk Bakery in Butte, MT and continued baking throughout his life. He married Nancy Ann Maloughney on August 26, 1957 in Butte, MT. He lived in several states but Butte was always where his home and heart were. He was a member of the Knights of Columbus and the Holy Spirit Church of Butte, MT.Don enjoyed fishing and sports, his two passions were baseball and car shopping. His greatest enjoyments were his grandchildren. He was greatly loved and will even be more greatly missed.Don was preceded in death by his parents, his wife, Nancy, his brother Bobby and his sister Cheri. He is survived by his children; Randy (Lisa) Saville of Novato, CA, Raylene (John) Kroll of Battle Mountain, NV, Cindy (Greg) Eppe of Sheridan, WY, sister; Robbie Knight of Butte, MT, brother; Duane Saville of Buckeye, AZ, ten grandchildren and one great grandchild.Services will be held at 10:00 am on Saturday, October 18, 2014 at the Holy Spirit Church in Butte, MT, followed with the regular scheduled Mass at 11:00. Inurnment will be held at the Holy Cross Catholic Cemetery, where he will be reunited with his bride.In lieu of flowers donations in Memory of Don may be made to Our Lady of the Rockies, 3100 Harrison Ave, Butte, MT, 59701.www.scleraderma.org foundation.Kane Funeral Home has been entrusted with arrangements.