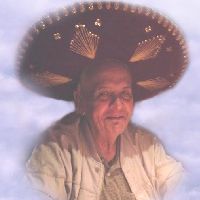 Click for Video Tribute Donald Owen Cooper, 84, of Sheridan, passed away on Wednesday, October 22, 2014, at his residence.Don was born on January 8, 1930, in Granite City, IL to parents Guy Burns and Pearl Lucille (Gray) Cooper. He joined the Navy and served during the Korean War from 1948 until honorably discharged in 1952. He received a B.S. Degree in Engineering from the Washington University in St. Louis, MO. He worked as Project Manager for the A.O. Smith Corporation for thirty eight years.Don enjoyed golfing, bowling, winning at bridge, and spending time with family and friends.Don was preceded in death by his parents, and wife, Mary Garvin Cooper. He is survived by his daughter, Patty Lofgren of Tigard, OR, sons, Donald O. Cooper, Jr. of El Segundo, CA and G. Michael Cooper of Washougal, WA, and his cherished grandchildren Zachary and Kayla Cooper.A Celebration of Life will be held at 2:00 p.m. on Saturday, November 1, 2014, at Kane Funeral Home with Fr. Brian Hess officiating.Kane Funeral Home has been entrusted with arrangements.