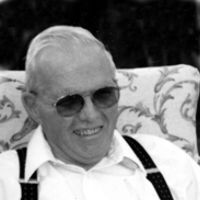 Donald Rex DeLapp, 83, of Sheridan, passed away on Sunday, February 14, 2016, at the Westview Health Care Center. He was born on June 17, 1932, in Havre, MT, to parents Ralph Emerson and Cora L. (Williams) DeLapp. He graduated from Sheridan High School in 1951. Later he married Bernice Kinter in Sheridan, WY, on June 20, 1953. Don worked on his father\'s dairy ranch for over 10 years and at Jersey Creamery fifteen years. He then worked for Decker coal for twenty-four years. He enjoyed gardening and giving cucumbers and tomatoes to the Senior Center. He was a life-long member of the First Presbyterian Church. Through the years, he volunteered for many jobs at the Presbyterian Camp in Story. Don was preceded in death by his wife, Bernice, parents, Ralph and Cora, brother, Ralph, and two sisters, Harriet and Dora. He is survived by his children, Matthew DeLapp of Green Cove Springs, FL, Sheri Cisneros of Rapid City, SD,Tim DeLapp of Kent, WA, and David DeLapp of Sheridan, WY, six grandchildren,three great grandchildren,his brother Neil DeLapp,numerous nieces,nephews and cousins.Services will be held at 11:00 on Friday, February 19, 2016, at the First Presbyterian Church with Pastor Doug Melius officiating.Memorials to honor Don may be made to the First Presbyterian Church at 2121 Colonial Dr., Sheridan, WY 82801 or to the Sheridan Senior Center at 211 Smith St., Sheridan, WY 82801.Kane Funeral Home has been entrusted with arrangements.