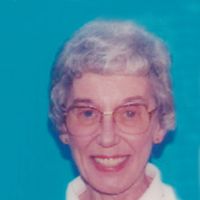 Doris S. Peterson, 84, of Sheridan, passed away on Saturday, February 20, 2016, at the Westview Health Care Center.Doris, the youngest of four sisters, was born August 3, 1931, to Helen and Carl Shaffer in DuBois, PA. After graduating from DuBois High School in 1949, Doris pursued a career in secretarial work with Pan American Airways in Miami, FL; Curtis Publishing in Philadelphia, PA; and General Electric in Ft. Wayne, IN.It was in Ft. Wayne that Doris met A.D. (Pete) Peterson, her husband of 58 years. They were married on November 30, 1957, in DuBois, PA, to which union were born son Stuart and daughter Karen. The family lived in Ft. Wayne, IN; Erie, PA; and Bainbridge, NY, before Doris and Pete retired to Sheridan, Pete\'s hometown. Doris\' favorite activities in retirement were bowling and golf including participation in several state bowling tournaments and Senior Olympics.Doris was preceded in death by her parents; a sister, Jean Radaker; and brothers in law Bill Radaker and Sam Hiner. She is survived by her husband A.D. (Pete) Peterson, son Stuart Peterson, both of Sheridan; daughter Karen P. (Russ) Solsky of Vail, AZ; sister Mary (Alan) Bott of Golden, CO; sister Ruth Hiner of Phoenix, AZ; plus a number of nieces and nephews.Cremation has taken place. No service is currently scheduled however a family graveside service will be conducted sometime during the summer of 2016. No flowers please; memorial donations are welcome to be made to the Sheridan Dog and Cat Shelter at 84 East Ridge Road, Sheridan, WY 82801.Kane Funeral Home has been entrusted with arrangements.

Date:
Start Time:
No service is currently scheduled however a family graveside service will be conducted sometime during the summer of 2016.
Location:
Tribute VideoService VideoService Brochure