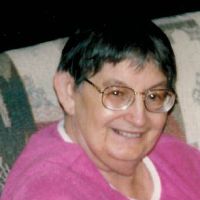 Dorothy Mae Manning, 82, of Sheridan, WY, passed away peacefully at her home on January 22, 2016. She was born on July 12, 1933, in Acme, WY, to Mike and Katherine (Cromick) Martinek, the youngest of ten children. She lived in the Sheridan area the majority of her life. She married Joe Geiss in 1954, and together they had one daughter, Teresa. They later divorced. She married Dale Manning in 1963, and together they had one son, Greg. After a marriage of 28 years they were divorced.Dorothy enjoyed her youth with all of her siblings. She worked at the VA hospital, the Bank of Commerce, the First Interstate Bank, the Sheridan County Courthouse, and the Sheridan Senior Center.Dorothy enjoyed all of her traveling experiences with her children, and especially her grandchildren, which she constantly adored and talked about. Trips with her sisters were also a special enjoyment. She loved to dance at the special occasions with family and friends. Other interests were her love for the mountains, watching the wildlife, playing cards, games and crafting.She is survived by her children, Teresa (Buck) Peterson of Sheridan and Greg (Ilona) Manning, also of Sheridan; her grandchildren, Jennifer (Eric) Roe of Sheridan, Larry (Laura) Peterson of Bozeman, MT, Jada Manning and Mason Manning of Sheridan; her great-grandchild, Michael Roe of Sheridan; one sister, Katherine Groder of San Diego, CA, along with many very special nieces and nephews (and their children) who played a major role in her life. She was preceded in death by her parents, six sisters and two brothers.A private memorial will be held on Saturday, January 30, 2016.Donations in her memory may be made to the Sheridan Dog and Cat Shelter at 84 East Ridge Road, Sheridan, WY, 82801.“Love is how you stay alive, even after you are gone.”Kane Funeral Home has been entrusted with arrangements.