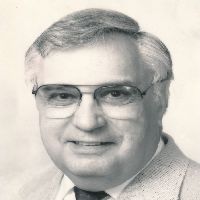 Dr. Phillip Marvin Barbula, 79, of Sheridan, passed away on Wednesday, May 20, 2015, at the Sheridan Memorial Hospital.Dr. Barbula was born on March 17, 1936, in Monarch, Wyoming. His parents were Frank H. and Irma (Sabo) Barbula. He was delivered by Dr. Booth for a fee of $10. He attended elementary school in Monarch. He attended Sheridan High School for his freshman and sophomore years and attended Natrona County High School in Casper, WY, for his junior and senior years. During his senior year, he was editor-in-chief of the high school newspaper, “The Gusher,” which won all-state honors in the print division of the Wyoming High School Newspaper contest. He received first place ribbons in separate writing divisions---sports column, first and sports writing, first.Marvin graduated from the University of Wyoming with honors. After graduating, he taught at Natrona County High School. He received a three-year National Defense Education Act Fellowship to work toward a doctorate degree in Guidance and Counseling. Marvin was awarded a doctorate in May, 1962. Eight years after graduating from high school, he was teaching Master\'s level courses at the University of Michigan. In 1962, he moved to San Diego where he was an administrator for the San Diego County office of Education.Marvin was a member of Psi Chi, the National Psychology Honorary; Education honorees: Kappa Delta Pi and Phi Kappa Phi and Phi Delta Kappa and Chemistry Honorary: Gamma Sigma Epsilon.As a way of giving back to the community, Marvin donated for project specific enhancements to the Monarch Diorama at the Sheridan County Museum.Marvin is preceded in death by his father and mother. He is survived by his brother, Frank (Agnes) Barbula and five nephews and nieces.Visitation will be 6 to 8 PM on Tuesday, May 26, 2015, at Kane Funeral Home. Services will be at 10 AM, Wednesday, May 27, 2015, at Kane Funeral Home with Father Michael Ehiemere officiating. Internment will follow in the Sheridan Municipal Cemetery. A reception will be at the Holy Name Parish Hall.Memorials may be made to the University of Wyoming, 1000 E. University Avenue, Laramie, WY 82071.Kane Funeral Home has been entrusted with the arrangements.