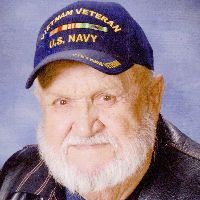 Duane Raymond Terry, of Sheridan Wyoming, passed away September 9th 2017, in Sheridan. He was born April 26, 1943 in Sheridan to Vernon Duane and Lynore Carmen (Fuller) Terry. He grew up in Sheridan where he graduated high school in 1962. He went on to join the Navy in September 1962. He served on DE1036 USS McMorris for 4 years. He lived in San Diego, CA and Denver, CO for a short while before going back to his roots in Sheridan. He met and married Dorothy June (Tormey) in 1976 and they went on to have 3 children. He was a proud truck driver for many years in the construction industry. He enjoyed camping, fishing, hunting, Drum and Bugle Corps, spending time with kids and grandkids, and watching the Denver Broncos. He is survived in death by daughter Lynore Torrey, and sons Joseph Terry and Duane Terry; Brother Robert Terry; Long time friend, Barbara Woodword; and 9 grandchildren. Preceded in Death by Parents, Vernon and Lynore; Great-Grandparents, Joseph and Emma Eckerman; Sisters, Bethe and Vickie.Services with Military Honors will be held at 2:30 pm on Thursday, September 14, 2017, at the Immanuel Lutheran Church with Reverend Paul J Cain officiating. A reception will follow at the American Legion.Kane Funeral Home has been entrusted with arrangements.