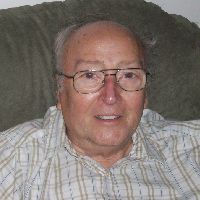 Edward L. Curts, 72 of Sheridan, Wyoming, (formerly of Celina, OH), passed away January 17, 2014, from complications associated with congestive heart failure, and a recent fall, at Saddle Ridge Therapeutic Center, in Sheridan.He was born July 12, 1941 to Alfred F. Curts and Pearl E. Curts (Burden) of St. Marys, Ohio. Both are deceased. Edward lost his mother early in life, but was later blessed with a beloved step-mother, Pauline Potts. She is also deceased. Edward was the youngest of two boys, and shared fond memories of his late brother, Robert Curts and his wife, Sandy (who survives), as well as his beloved parents, other family members, and his favorite grandmother, Anna Burden (deceased).In 1961, he married Barbara A. Thomas of St. Marys, Ohio (deceased) and the couple had two children. Brenda L. Curts (Gary Kaylor) surviving in Sheridan, Wyoming and Jeffery A. Curts (deceased in early childhood).Edward had three grandchildren, John Curts, Shanna Sutter (Dick) and Dustin Myers all from Celina, Ohio. One step-grandchild, Brian Kaylor of St. Marys, Ohio. He also had three great grandchildren Tara, Aleah, and Braxton of Celina, as well as two step-grand children, Lexi and Lucas of St. Marys. He also had several nieces and nephews.In August 2013, Edward took his final airplane ride from Celina, Ohio to Sheridan, Wyoming to spend his days with his daughter, Brenda and her husband Gary. Pilots for Christ, officiated.In his healthier years, Edward enjoyed the smile of children and helped many he came into contact with in any way that he could, often paying for medical needs and toys. He also enjoyed many types of music and played the electric guitar, well. He enjoyed oil painting, and tinkering with and restoring cars. His favorite was a 1933 Dodge coupe, which he spoke of often. In his later years, he purchased an older Glastron boat, in which he restored and expressed great pride.Edward was a proud member of the Laborer\'s International Union of North America and the United Steelworker\'s Union. He spent many years working at BP in Lima, Ohio and worked in the Construction industry, spending his days on various tasks and heavy equipment.His bubbly personality, bright smile and infectious laugh will be sadly missed.Final arrangements are being entrusted with Kane Funeral Home, in Sheridan, Wyoming.

Date:
Start Time:
There will be no public services.
Location:
Service VideoService Brochure