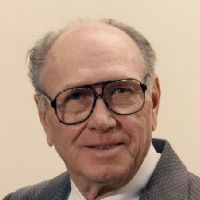 Edward Zowada, 87, of Sheridan, passed away on Tuesday, October 14, 2014 at the Billings Clinic after a short illness. He was born on June 28, 1927, in Dietz, WY to Michael and Anna (Mentock) Zowada.Edward resided all of his life in Sheridan County. Most of his years were spent in Acme. The last seventeen years he resided in Sheridan. He was a devoted employee of Montana Dakota Utilities Company for forty two years before retiring in 1989.Edward married Charlotte Jeannette Shell in 1947, at Holy Name Catholic Church on June 28. The couple had two children, Sharon Zowada Robin of North Bend, NE and Dennis Zowada formerly of Lusk now residing in Sheridan.Edward served in WWII on the Naval Ship USS Columbia. He was an avid sports fan and was well known for coaching women\'s fast pitch softball in Sheridan, winning a number of state championships. He was a devoted Sheridan Bronc and Wyoming Cowboy fan and spent a number of years refereeing football for local area teams. After retirement, he especially enjoyed watching his grandchildren participate in sports. In his spare time he enjoyed hunting pheasants with his good friend “Chig” Madia. His other interests included gardening and Polka dancing.Edward was preceded in death by his parents, brother Michael, and son in law, Lew Robin. He is survived by his wife, Charlotte, children; Sharon and Dennis (Bonnie), grandchildren; David Robin, Michelle Robin, Brian Zowada, Bret Zowada and Paul Zowada, along with nine great grandchildren.In Edward\'s closing hours he reflected on his lifelong friends and the enjoyment he had at their monthly “Football” luncheons.A Celebration of Life will be held at 2:00 on Saturday, October 18, 2014, at Kane Funeral Home with Fr. Ron Stolcis officiating. Inurnment with Military Honors will be in the Sheridan Municipal Cemetery. A Reception for family and friends will follow in the Kane Reception Hall.In lieu of flowers the family requested any memorials be sent to the Sheridan Historical Society, PO Box 73, Sheridan, WY 82801.Kane Funeral Home has been entrusted with arrangements.