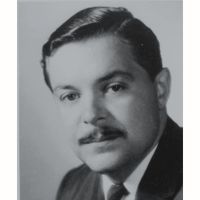 Click Here For DirectionsEdwin Lee (Ed) Johnson, longtime resident of Sheridan, died at his home on Friday, August 16th. A celebration of his life will be held on Saturday, August 31st at Kane Funeral Home at 11:00 a.m. with Reverend Kevin Jones officiating. A light lunch will be served in the reception hall following the service.Ed was born on Saturday, May 9, 1936 to Lee Roy and Mary Louise Allingham Johnson in Pueblo, Colorado. In 1938, his family settled in Sheridan where in 1940, his father started Johnson Novelty, a company that placed and serviced coin-operated machines in businesses throughout northeastern Wyoming and parts of Montana. As a student at Sheridan High School, he played football on two state championship teams in 1952 (with teammate Scotty Scott) and 1953, began his lifelong involvement in theater, and sang in the choir. After graduating in 1954, he attended the University of Colorado at Boulder where he obtained a Bachelor of Arts degree in 1959. In Boulder his work in the theater continued and broadened. As a college student, he participated in numerous productions at the university and in the Colorado Shakespeare Festival (CSF) where he uttered the first line, “Who’s there?” of the first play, Hamlet, to open the inaugural season in 1958. While working in the CSF he met the love of his life, (Frances) Joan Hinkley. They married in 1960 and moved to New York City to pursue careers in theater and acting. While in New York City, their daughter, Abigail Louise (Abbie), was born in 1961.They returned to Boulder in 1963, and Ed completed a Master of Arts degree in English literature writing a thesis entitled “Habit and Memory in Samuel Beckett’s Waiting for Godot and Krapp’s Last Tape” with a dedication that reads “To my wife and child, Joan and Abbie, with whom this was impossible.” They moved to Tucson, Arizona where in 1968 their son, Andrew Sheridan (Andy), was born. Ed taught English at the University of Arizona in Tucson and at Arizona State University in Tempe. He also performed in various community theater productions. In 1973, sidetracked from packing up their belongings and children to wander up the California coast, they moved to Sheridan, Wyoming, where Ed took over the family business after his father’s death.He ran Johnson Novelty for the next twenty years. He also taught English at Sheridan College and acted in and directed many productions for the Sheridan Civic Theater Guild (CTG) including Toys in the Attic (1980), Heartbreak House (1981), Death of a Salesman (1982), and Miss Reardon Drinks A Little (1983), A Streetcar Named Desire (1984), A Moon for the Misbegotten (1985), Custer (1985), The Seagull (1986), Ghosts (1989), and Who’s Afraid of Virginia Woolf (1991). He performed in Sheridan College productions of The Zoo Story and Seascape and in an independent production of Painting Churches (1990). His mastery of stage presence through movement and gesture was only equaled by his unparalleled elocution. He sang in the community choir, a CTG production of Guys and Dolls, and in a Sheridan College production of The Medium. In the 1980s he often played bass with Abbie on piano and Andy on drums and in jazz ensembles at Sheridan College. He loved beautiful language and talking about ideas and throughout his life sought to begin each day reading and rereading great works of literature. In his younger days he enjoyed downhill and cross-country skiing. He preferred walking to driving, loved to listen to jazz, in particular Coleman Hawkins and Erroll Garner, and with his daughter nurtured a lifelong affection for opera.Ed was preceded in death by his father, Lee Roy Johnson, his wife, Joan H. Johnson, and his mother, Mary Louise Allingham Johnson. He is survived by two brothers, Anthony Allingham (Kitty) Johnson of Colorado Springs, Colorado and Jon Eric Johnson of Santa Monica, California, a sister Mary Louise (Roger) Adams of Sheridan, his daughter, Abigail Louise Taylor of Sheridan, his son, Andrew Sheridan and three grandchildren, Dylan, Tristan, and Isabella Johnson of Jupiter and Palm City, Florida.Memorials may benefit the Sheridan Civic Theater Guild, P.O. Box 1, Sheridan, WY 82801.Kane Funeral Home has been entrusted with arrangements.