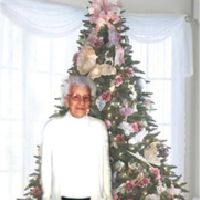 Elizabeth “Betty” A. Church, 103, of Sheridan, passed away on Sunday, November 29, 2015, at the Green House Living of Sheridan. Betty was born on January 25, 1912, in Dickinson, North Dakota, to Earnest and Maria (La Tung) Schwartz. She received her education in Billings, MT, and came to Wyoming. In 1934, she went back to Billings for one more year of school, and returned in 1936. She was Office Manager for Montgomery Wards until her marriage to Carl A. Church in 1939. After their marriage, she joined Carl where they owned and operated Church Beverages for thirty years. She also owned and operated the Big Sky Drive In for several years. Other employment included John Wallop Herford Ranch and Angionettes. Betty enjoyed sewing, gardening, reading and spending time with her family. She was a member of St. Peter\'s Episcopal Church, the American Legion Auxiliary PERL\'S – (Wife of Past Exalted Rulers) -Elks, St. Hildas, group of St. Peter\'s Women that call on the sick, and Past President of Sheridan Woman\'s Club. Betty was preceded in death by her parents and her husband Carl Church, brothers William Schwartz and Lewis Schwartz, sisters Margaret Heisler, Ann Carr and Marie Schwartz. She is survived by her children Elizabeth (Ed) Hatcher of Walla Walla, WA, Carl A. “Del” (Charlene) Church Jr. of Story, WY, six grandchildren, Rick, Nicole, Lori, Alan, Jim and Kenneth, and numerous great and great great grandchildren. “I was blessed with a wonderful Mother and Father. A most wonderful husband and two wonderful children, grandchildren, great grandchildren.” A private graveside service will be held in the Sheridan Municipal Cemetery with Father John Inserra Officiating. Memorials to honor Betty can be made to The Sheridan Senior Center Building Fund at 211 Smith St., Sheridan, WY 82801.Kane Funeral Home has been entrusted with arrangements.