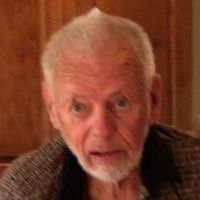 Elmer Dale \"Pete\" Peterson, 84 years old, of Sheridan, WY, went home to his Heavenly Father on May 26, 2013, surrounded by his loving family.He was born in St. Paul, MN on June 4, 1928, and adopted 3 days later by Elmer E. and Myrtle (Stockdale) Peterson, of Duluth, MN. He was raised in Duluth; graduating from Central High School in 1946. He enlisted in the U.S. Army in 1946. After returning from Japan he enlisted in the CE Reserves and was recalled back into service in 1950, serving a total of 5 ½ years. He was awarded the WWII Victory Medal & Army of Occupation Medal. He graduated from the University of Minnesota-Duluth, with a BA in Business & Economics, and a minor in Political Science. He married Maryann White in 1955. Three children were born into this union. Pete and Maryann divorced in 1970. He married Karmen (Means) Peterson in Lakewood, CO, in 1978, becoming a stepfather to Karmen\'s 3 children. He was preceded in death by his adopted parents, Myrtle and Elmer Peterson and his grand daughters, Rebecca Means and Aubrey Repass. Pete is survived by his wife, Karmen; his children Pamela Peterson, Laurie Young, Roger (Brandy) Peterson, Michele (Alan) Ortega, Suzanne (Cole) Repass and Jon Means, 12 grandchildren, and 5 great grandchildren.Services will be held on Friday, May 31, at the Church of Jesus Christ of Latter Day Saints, 2051 Colonial Drive, Sheridan: Visitation 9:00 a.m., Memorial service 10:00 a.m. with a fellowship luncheon to follow. Donations may be made to Sheridan Senior Center/Caregivers Support Group at 211 Smith Street, Sheridan, WY 82801, or Hospice of the Big Horns at1401 W. 5th Street, Sheridan, WY 82801.Kane Funeral Home has been entrusted with arrangements.