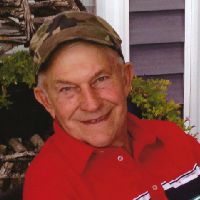 Ernest E. Selig, 72, of Sheridan, passed away on Tuesday, December 16, 2014, at the Billings Clinic.Ernie was born on September 15, 1942, in Sheridan, to parents Stanley and Amelia (Wantulok) Selig. He attended Sheridan schools, graduating from Sheridan High School in 1960. Ernie married Garna Crackenberger in 1964 and they were married until she passed away in 2011.He enjoyed hunting, fishing, gardening, gold mining, and searching for fossils. He also enjoyed collecting guns and was an active member of the NRA.Ernie worked many years at Sheridan Iron Works and retired from a second career at Sheridan School District two. He was a proud craftsmen and metalworker, but most importantly, he was devoted to his family.Ernie was preceded in death by his parents, Stanley and Amelia, his wife, Garna, his brothers, Dale, Ronald and David. He is survived by his children, Vincent (Leigh) Selig of Granite Falls, NC, Vernon (Trish) Selig of Rapid City, SD, Jessica (Joe) Hegy of Sheridan, WY, his brothers, Donald Selig and Terry Selig of Washington State, and his sister, Sharon (Mike) Darnell of Sheridan, WY, and his grandchildren, Angelica (Christopher) Boseman, Alexander (Amee) Selig, Abbigail Selig, Nicholas Selig, Gina Selig, Marissa Hegy, Katherine Thiel, Alix Hegy, Kinsey Hegy, Tyler Hegy, Addison Hegy, and his great-grandchildren Aiyanna Mack, Latavian Boseman, Amelia Selig and his best friend Pup.A Celebration of Life will be held at 10:00 am on Monday, December 22, 2014, at Kane Funeral Home with Reverend Kevin Jones officiating.Memorials to honor Ernie may be made to the Sheridan Dog and Cat Shelter at 84 East Ridge Road, Sheridan, WY 82801.Kane Funeral Home has been entrusted with arrangements.