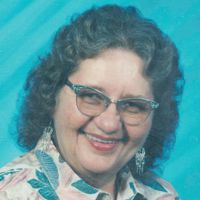 Ethel Willms, 81, of Sheridan, passed away March 31, 2019 at Sheridan Memorial Hospital. She was born February 20, 1938 in Sheridan to Harry and Juanita (Bliss) Swanson. Ethel married H. Karl Willms in Sheridan on December 31, 1959 at the First Christian Church.Ethel worked at the Brown Drug Soda Fountain and Luncheonette for 12 years and at Plains Tire as office clerk for 19 years. She was also employed by the Sheridan County Treasurer for 18 plus years.Ethel was a member of the Methodist Church and the BPO Does #127. She enjoyed craft work, card playing, bingo, spending time in the mountains and enjoyed working in her yard and flower beds.Ethel was preceded in death by her parents, her husband, Karl and her brother Russell Hart and her sister, Roberta Burtis. She is survived by her sister Rebecca Haeffelin (Gerald) of Maupin, OR; her brothers, Robert Swanson of Nisland SD, Loyd Hart of Alabama, and Keith Hart (Paula) of, OR Matolius, Or. She is survived by several nieces and nephews and two cousins, several great nieces and nephews and two great-great nieces. A memorial service will be 2 PM Saturday, April 6, 2019 at Kane Funeral Home with Pastor Doug Goodwin officiating. Inurnment will follow at the Elk\'s Memorial Cemetery. There will be a reception following in the Reception Hall at Kane Funeral Home.Memorials may be made to Elks Building Fund, 45 W. Brundage, Sheridan, WY 82801, The Hub (Senior Center), 211 Smith St., Sheridan, WY 82801 or to St. Jude Children\'s Research Hospital, 501 St. June Place, Memphis, TN 38105. Kane Funeral Home has been entrusted with local arrangements.