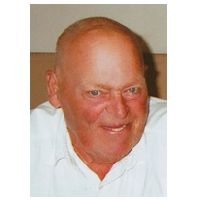 Eugene Lee Flair, Sr., 68, of Sheridan, passed away on Friday, March7, 2014, at his residence.Eugene was born in South Sioux City, NE, on July 10, 1945, to parents Emil W. and Albertha Lorraine (Hansen) Flair. He graduated from in So. Sioux City High in 1963 and then the NBT Business College.Eugene married Gloria Faye Zill on April 23, 1966. He worked for the railroad from the age of 20, moving to Sheridan in the late 80\'s, and continued working for the railroad until he was disabled in 1989. He enjoyed hunting, raising cattle and working on the ranch.Eugene was preceded in death by his parents Emil and Albertha. He is survived by his wife, Gloria, children; Eugene Lee (Rita) Flair, Jr., and Jennifer Flair and his grandchildren; Mariah Flair, Justus Flair and Reilly Flair.A Celebration of Life will be held at 10:00 am on Monday, March 17, 2014 at Kane Funeral Home with Reverend Kevin Jones officiating.Kane Funeral Home has been entrusted with arrangements.