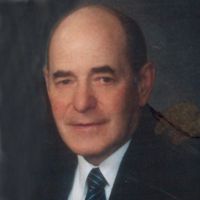 Eugene “Gene” Palmer Griffith, 83, of Big Horn, passed away on Sunday, July 28, 2013 at his residence with his devoted family by his side.Gene was born in Newcastle, NE on June 27, 1930 to Guy Rice and Rose L. (Ehle) Griffith. The couple homesteaded in Colony, WY after their marriage and lived there until his father\'s health began to fail and they returned to NE to help on the family farms. They later returned to the Black Hills and then to Big Horn when his father went to work for the S. Watts Smyth Cross U Bar Ranch. That\'s when he learned to love the Big Horn Mountains.Gene started the seventh grade at Big Horn and graduated in 1948. His father was killed in an automobile accident when he was 15 so he and his mother had to move off the ranch and into Sheridan. He wanted to finish school in Big Horn so he worked for his board and room on various ranches until he graduated. He was later hired by Victor and Orr Garber and he has always held a special place in his heart for the Garbers who not only gave him a job, but a home. After a few years, though, his uncle, who was a barber, encouraged him to go to barber school so he and his mother moved to Bremerton, WA where his two sisters lived and he enrolled in a school there. When he was finished, they returned to Sheridan when he was offered a job at the Rex Barber Shop where he served his apprenticeship, he later purchased the shop and worked there for over 40 years. During this time he was appointed by the Governor and served three terms on the Wyoming State Board of Barber Examiners. He retired in 1995. He then spent several summers riding for the Little Goose Grazing Association watching over their livestock in the mountains, a job he loved. He was past President of the Big Horn Lions Club, life member of the B.P.O.E. 520, an Elder of the Presbyterian Church and a member of the Mt. Hope Cemetery Board.Gene was preceded in death by his parents, two brothers; Neal and Ellis, and his sister Mary Edwards. He is survived by his wife of 55 years, Carolyn (Holloway), and 4 children; Curt (Keri) Griffith of Gillette, Linda (Bill) Pruitt of Perth, Australia, Richard (Renee) Griffith of Casper, and Gwen Roberts of Sheridan. Also surviving are his 7 grandchildren; Kaden Griffith, Matthew and Katherine Pruitt, Morgan and Austin Griffith, and Lauren and Jack Roberts. He is also survived by his brother, Donald (Louise) Griffith of Tempe, AZ and a sister June (Harold) Danks of Bremerton, WA.In lieu of flowers, memorials in Gene\'s name may be made to the First Presbyterian Church at 2121 Colonial Dr., Sheridan, WY 82801, the Sheridan Senior Center at 211 Smith St., Sheridan, WY 82801, or to the Mt. Hope Cemetery, c/o Judy Slack, P.O. Box 233, Big Horn, WY 82834.A Memorial Service for Gene will be held at 10:00 a.m. on Friday, August 2, 2013 at the First Presbyterian Church with Pastor Doug Melius officiating. To honor Gene\'s request that a “get-together” be held immediately after the service for all his friends and relatives to eat and reminisce about the good old days, a reception and lunch will follow the service at the Big Horn Woman\'s Club.Kane Funeral Home has been entrusted with arrangements.