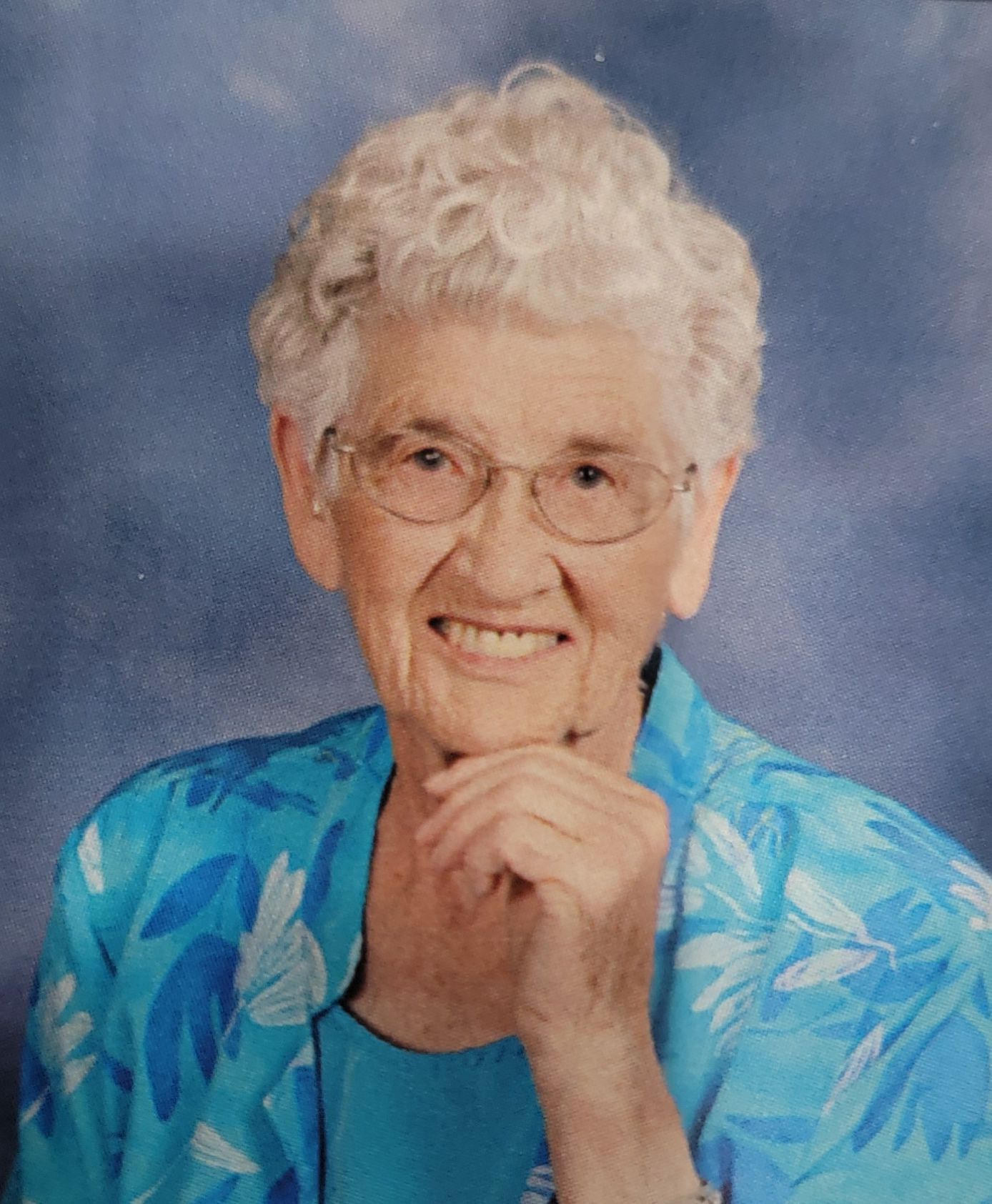 Eva Wells Burton was born  September 12, 1925 in Gillette Wyoming to parents Hazel (Tharp) Potts and Evert Potts. She attended schools in and around Gillette until enrolling at the university of Wyoming.  She married Edwin H. Wells on January 25, 1945, shortly before he deployed to the south Pacific.   After returning from the service, they eventually made Sheridan their home.

Eva and Ed had 6 children, Virginia, John, Harry, Valerie, Edella and Donna all whom survive them.  She is also survived by 15grandchildren and 17 great grandchildren.  Ed passed away on January21, 1970. Later Eva married Howard Burton in Glendo, WY, where she lived till Howard passed away in 2010. She then returned to Sheridan, WY, making that her home.

Eva was an avid outdoorsman and enjoyed many different activities. Later in life she turned to researching and writing both historical and personal articles.  She had 2 of her books published.