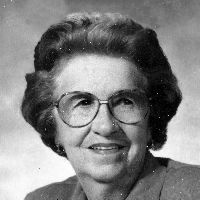 ‍Fra J. Porter, 98, of Decker, MT, passed away on Thursday, January 4, 2018, at the Sheridan Manor in Sheridan, WY.  Fra was born on August 13, 1919 in Passaic, WY, to William and Martha (Powell) Dooley at the family homestead with her twin sister, Sylvia. Both girls were so tiny that they were  put  in  shoe boxes  and placed  on the oven door to keep them warm. She grew up  and  attended 1st  through 8th  grades in Passaic. She graduated from Sheridan High School in 1936.  After graduation,  she attended Nurses training at the Memorial Hospital of Sheridan County School of Nursing on Saberton Street. She did her pediatric rotation in Denver then she came back to Sheridan and obtained her Registered Nursing degree in 1940.  She worked at Sheridan Memorial Hospital & Sheridan VA.Fra met Harvey Porter, and they eloped on July 3, 1941 in Roundup, MT. They moved to Decker, MT to the ranch in 1944. In 1947 their daughter, Leah was born. She enjoyed playing cards, snowmobiling  with the neighbors, jigsaw  puzzles, crossword puzzles, cooking, sewing  and mostly  their  ranch.  She was one of the founders of the Decker Home Makers. Together, with her husband, they traveled  all  over the U.S  trucking  cattle for Beckton Red Angus  in the 60s. They worked the family ranch from 1944 until her passing.  Fra was preceded in death by her parents, husband Harvey, her twin sister Sylvia Rosenthal, brother Elbert Dooley, and her daughter Leah Shaw. She is survived by her grandson Dustin (Tiffany) Shaw, great grandsons Dylan and Wyatt all of Sheridan, WY. Her nieces and nephews, Martin (Carol) Rosenthal of Westminster, CA, Martha Baker of Huntington Beach, CA, Cheryl  Hurd of Lancaster, CA, Rick Dooley of Leiter, WY,  Larry (Linda) Thomas of Shepherd, MT, Bruce Porter of Decker, MT, and Amy (Dennis) Krutsinger of Mahomet, IL.  Memorials to honor Fra can be made to Sheridan Elks Lodge 520 {Cemetery Fund}.Services for Fra will be at 2:00 pm on Friday, January 12, 2018 at Kane Funeral Home with Pastor Scott Lee officiating. Interment will be in the Elks Memorial Cemetery. A reception will follow at the Elks Club.Kane Funeral Home has been entrusted with arrangements.