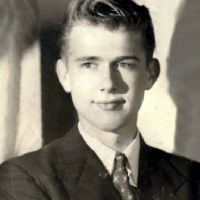 Frank J. Spainhower, 89, of Sheridan, passed away on August 14, 2017, at the Westview Health Care Center. He was born on June 27, 1928, in Sheridan, WY to parents Frank V. and Dorothy (Jett) Spainhower.Frank married Jackie Nejedly in 1948, and they had five children that were raised on ten acres of land below the Girls School Gates. Over the years he worked as Projectionist for the Wyo Theater, Boyds Supermarket, drove a truck for Mayflower, played the piano and enjoyed entertaining, often playing at Shakey\'s. When he was ten years old he invited guests to hear him play. They published an article about this in the Sheridan Press. He was a Christian and loved God.Frank was preceded in death by his parents, Frank and Dorothy, wife, Jackie, son, John Charles and granddaughter, Tessa Spainhower. He is survived by his children, Jame V. (Pat) Spainhower of Gillette, WY, Janie Magnusen of the Big Island, HI, Jeanine (Larry) Martini of Sheridan, WY, Jerry Spainhower of Sheridan, WY, sister, JoAnn Wass of Casper, WY, eight grandchildren and eleven great grandchildren.A Graveside Service will be held at 2:00 p.m. on Friday, August 18, 2017, in the Sheridan Municipal Cemetery with Pastor Doug Goodwin officiating. (North end of cemetery.)Kane Funeral Home has been entrusted with arrangements.