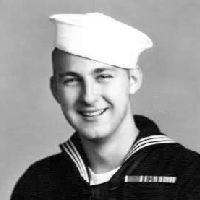 Frank Ballek 93, of Sheridan passed away on June 17, 2018. He was born in Sheridan, the fourth child of Jozef and Magdallen Ballek.  Frank was preceded in death by his parents, three brothers, John, Joseph and Anton Ballek and his wife, Nina Ballek. He is survived by his wife Ruthie Ballek, his youngest brother, Jim Ballek of San Jose California, a sister, Agnes Songer of Sheridan, six children, Ken (Diane) Ballek and Kristina (Chip) Hathaway of Sheridan, Karen (Bill) Morse, Kathy (Spaff) Ackerley, Kevin (Stacy) Ballek, Korrine (Todd) Cox all of Colorado, nine grandchildren, Justin (Stacy) Ballek, Josh (Katie) Lannan, Tennyson (T.Jay) Gilpatrick, Brandon Lannan, Nathan Lannan, Nick (Lauren) Smiley, Nicole (Dustin) Dancer, Shelby (Austin) Cowen  and Jenne (Steve) Olivares and eleven great-grandchildren.Let us tell you a little about our father:  Dad learned the value of hard work as he grew up during the depression years working in the fields on his parent’s farm west of town.  On his seventeenth birthday, December 7, 1941 listening to the radio with his parents, he heard of the Japanese attack on Pearl Harbor.  And a month after his eighteenth birthday, in January of 1943, he enlisted in the Navy as his older brothers:  Anton, Joseph and John had done and as his younger brother Jim would also do.  During the invasion of Normandy he was aboard the USS Rich when it hit three mines.  He woke from a coma many days later in a military hospital in Cardiff, Wales.  And it was not until fifty years later that he found out how he had made it to safety.  At a reunion of USS Rich survivors he met the man who had found him unconscious on the deck of the ship and had thrown him onto a whale boat so he could be taken to safety.  He was one of only ninety-one survivors. After returning to Sheridan for a thirty-day survivor leave, he reported to the USS Kinzer which then made its way to the Battle of Okinawa. When he finally returned home from the war, he was lucky to meet lovely Nina Washut at a dance at Bruno’s Place in Kleenburn. He was smitten and they were married on July 31, 1949. Dad had attended refrigeration school during the Navy and turned these skills into his life’s work.  He started his own business, Ballek Refrigeration, in 1956 and worked tirelessly for the next forty years. He was generous, sometimes to a fault, forgiving debts that others could not repay, or helping someone who was in need.  This often meant he worked even longer hours.  However, after retirement, he and mom enjoyed their time with the Bighorn Mountain Polka Club and traveling across the United States and into Canada to attend polka-fests.  After all the years of hard work and raising six children it was wonderful to see them finally take time to enjoy themselves. They had fifty-two wonderful years together before mom’s passing and it was difficult to watch a father grieve.  But some people are lucky enough in life to have a second chapter and another chance to find love and companionship.  This was true for dad.  He married Ruthie Foos in 2002 and had the comfort of a life companion during the final years of his life.  To the end of his life dad was patriotic, faithful to his beliefs, and took joy in his family and the simple pleasures of life.  We will remember him as part of what Tom Brokaw called “The Greatest Generation” those who fought to save the world from tyranny in the 1940s, who came back to start families in the 1950s and continued to work hard without complaint to give their families the best they could offer.  For this, we are grateful to him.  His children (in birth order) Ken, Karen, Kathy, Kristina, Kevin and Korinne. We would also like to offer deep appreciation for the staff of the Mountain View Living Center at the Sheridan V.A. for the attentive and respectful care they provided for our father in the last years of his life.Memorial Service at Kane Funeral Home on July 7, 2018 at 10 a.m. Reception to follow. Officiated by Reverend Kevin Jones As a life-long member of the Elks Club, internment will be at the Elks Cemetery, Sheridan, Wyoming.Memorials to honor Frank may be made to The Hub, 211 Smith Street, Sheridan, WY 82801. Kane Funeral Home has been entrusted with arrangements.