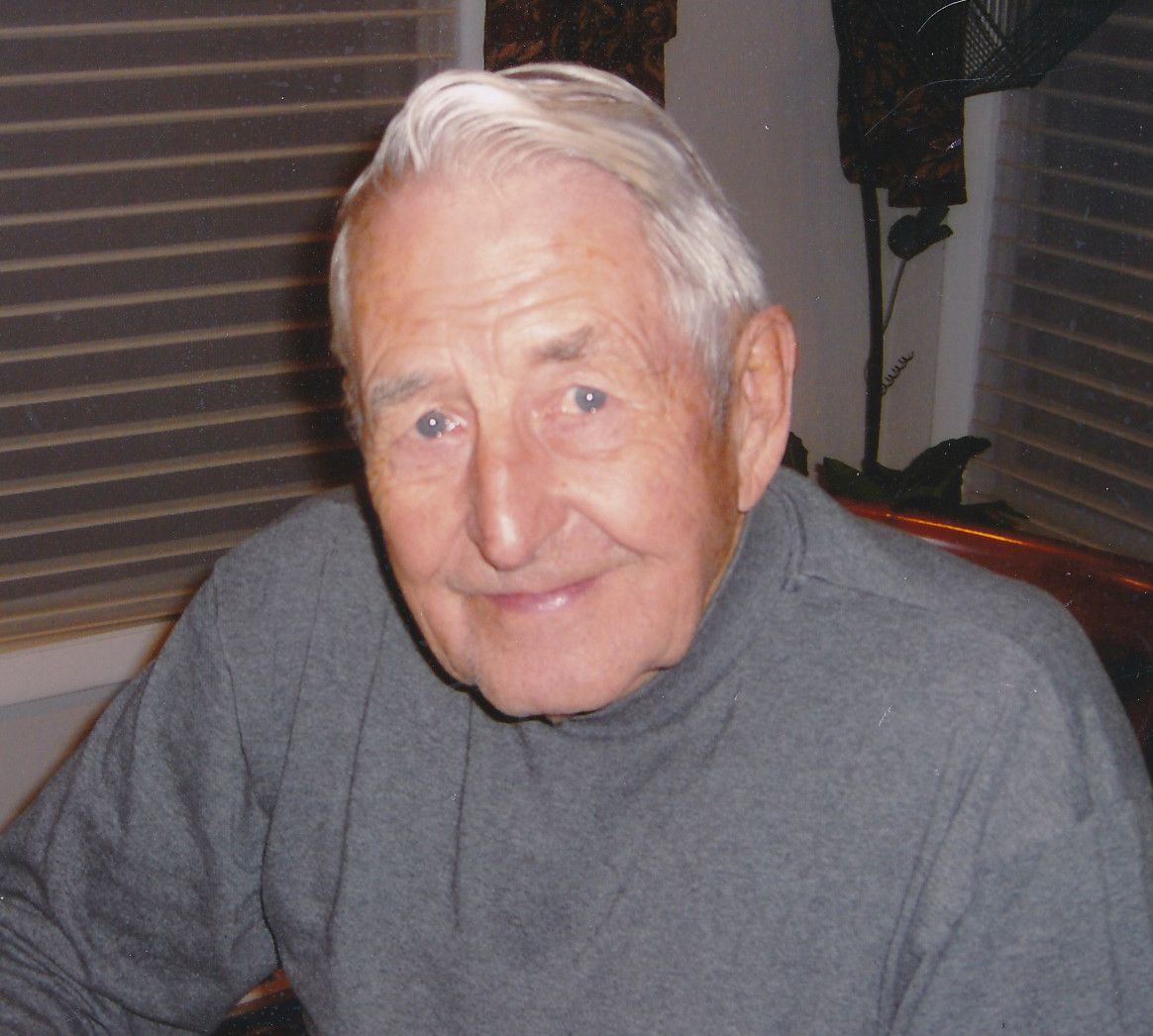 Franklin Meinert Schultz, the son of Louis and Grace (Uphoff) Schultz was born December 17, 1925 on a farm near Deshler, NE.  He departed this life on February 3, 2022 at the Greenhouse for Living in Sheridan, WY at the age of 96.

Frank grew up in the Deshler, NE area attending Pease Lutheran Parochial Grade School.  When he was fifteen his family moved into the Town of Deshler, NE.  This meant electricity and hot and cold running water.  He worked the next two summers for his cousin Fred Brettman.  When fall came around for his junior year of high school Frank decided not to return to school and just continue to work on his cousin's farm.  One afternoon in late August the head High School football coach came out to his cousin's farm and talked Frank into returning to school.  He did, and the next two years he excelled in football, basketball, track and baseball.  He graduated with the class of 1944.  He ran the mile in high school and college track. He is said to have never lost a race, except once when he was accidentally tripped!

After graduation he enlisted in the Marine Corps on June 28, 1944.  He deployed from Camp Pendleton in San Diego, CA with his Platoon #746, US Marine Corps.  They headed first to Pearl Harbor for fuel and supplies.  He witnessed many ships that had been damaged/sunk in the attack of December 7, 1941.  His ship, the USS Republic continued on to Tinian and then Saipan.  The next move was to Iwo Jima, where luck would find him in sick bay after having been stung in the arm and hand by a sea urchin February, 1945.  His friends and ship mates were all killed in the battle for Iwo Jima while he was hospitalized.  While recovering he was befriended by a Captain Osborn.  Frank became his driver in Ordinance Company, 2nd Marine Division.  On to Okinowa and then to Nagasaki where the second atomic bomb had just been dropped.  After less than a month he returned to San Diego and was honorably discharged on August 25, 1945.  Two years and four months after deployment.

When he returned to Deshler there were two men sitting on his mom's front porch.  It was Jim Dutcher, the head football coach of the Doane College Tigers and the college president.  They assumed Frank would attend college on the G.I. Bill and they wanted him at Doane College in Crete, NE.  While there he joined the Alpha Omega Fraternity.  Frank was one of two student athletes to letter in four sports, Basketball, Football, Track and Baseball.  He was on the Nebraska Football honor roll in 1946; and he received All Conference Honors for football in December, 1949.

He married Frances K. Mueller in September, 1950.  They were blessed with three daughters, Cynthia Ann, Kathryn Grace and Robyn Elizabeth.  The family moved to Sheridan, WY in 1957.  Frank went to work for Big Horn Coal as their first outside salesman.  He traveled for years in all of the upper mid-west states.  In the 1970's Frank and Fran opened the only retail coal sales business in the area, Schultz Coal Sales.

Frank enjoyed farming and gardening.  He had a greenhouse and raised long stemmed roses.  He even spent years raising canaries.  Woodworking was a prized past time, and he spent many wonderful days on the mountain fishing and at his family cabin.

Cremation has taken place.  No services are planned at this time with private  family services to be held in Sheridan, WY and Deshler, NE in the near future.

To read Frank's personal account of his life and times, read his memoir  “What My Eyes Have Seen.”