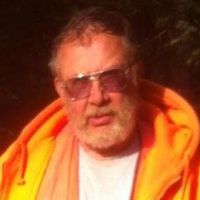 Click Here For DirectionsFred H. PhillippiFred H. Phillippi passed away Sunday, Sept. 15, 2013 in the Big Horn Mts. He was born May 15, 1944 in Miles City, MT to Fred and Ellen Hough Phillippi, the first of six children. He graduated from Powder River County High School, Broadus, MT and was a proud member of their 1961 Montana State Championship football team. He received two Bachelor’s Degrees from Montana State University in Agricultural Business and Accounting.He served in the Air Force from 1969 through 1972 as a reporter/photographer for Air Force Magazine. He worked as a Montana State Auditor in Glasgow, MT and as an Accountant in Glendive, MT before moving to Sheridan 26 years ago. He continued in the accounting profession in Sheridan until he became part of Sheridan’s Buffalo Chips Manufacturing Company. Following this, he elected to become self-employed as a general contractor. Fred was well-known in the Sheridan community for the quality of his work and his outstanding work ethic.Fred enjoyed hunting, fishing and camping, spending time with family and friends, photography and time spent in the Big Horn Mts. He was an accomplished woodworker and talented photographer. He will be remembered for his generous spirit, honesty, sense of humor, and creativity.He was preceded in death by his parents and sister, Penny Phillippi. He is survived by his brothers; Victor (Pat) of Broadus, MT, Philip (Barbara) of Billings, MT, Duane (Lisa) of Sheridan and Monty (Cheri) of Cheyenne, WY, four nieces and four nephews; Hank, Kristin, Kim, Joe, Travis, Hiedi, Vay, and Whittley; aunts and uncle; Faye (Ross) Denson, Ilene Hough, Jean Hough; two godsons; Travis and Trevor Rehm; several great-nieces and nephews; and the loyal and true Backwoods Bunch.Cremation was chosen and a private Memorial Service will be held at a later date. A Visitation will be held Thursday, September 19, 2013 from 5:00 to 7:00 p.m. at Kane Funeral Home. A gathering for family and friends will follow at 46 Bird Farm Road, Sheridan, WY.In lieu of flowers, donations may be made to the Johnson County Search and Rescue Unit at 614 W. Fetterman St., Buffalo, WY 82834.Kane Funeral Home has been entrusted with arrangements.