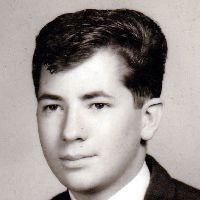 Free Hawk Wilson, formerly Henry Patrick Connolly, Jr., 70, died peacefully on Thursday, December 21, 2017 at Sheridan, WY\'s VA Medical Center after a long battle for his health.He was the oldest child of Mary Patricia O\'Sullivan Connolly and Henry P. Connolly, Sr. of Amityville, Long Island, NY. He is survived by his sister, Patrice Connolly Pantello and her husband, Ron Pantello of Longboat Key, FL, a step-niece, Brandin Lord of Greensboro, NC and step-nephews. He is also survived by his brother James Connolly, his wife Linda, their sons, as well as cousins.Then known as Harry, he left his college studies at SUNY Oneonta, NY to join the Army and serve in Vietnam. He was stationed with the 265th radio research company at Camp Eagle near Hue City, South Vietnam. During that time, Miller Brewing Company selected Harry as their \"ideal serviceman\" out of more than 8,000 entries across all the U.S. armed services. As their \"Miller Man\" Harry won seven days of R&R from the rigors of Vietnam. He arrived in Los Angeles to appear on \"The Dating Game\" where he was faced with the terrible task of choosing between three starlets. With date in tow, they appeared on \"The Joey Bishop Show\" followed by the Don Ho nightclub act in Las Vegas. They spent the rest of their week on Hawaii\'s Oahu Island before the Department of Defense returned Harry to his unit.Free Hawk made Sheridan, WY his true home in his later years.He was blessed by friends Emily and Osea Nelson, Harlan Rasmussen, Robert Miller and his loving, thoughtful and playful family of friends and caregivers at Mountainview Living Center. There are too many kind hearts to mention. We and Free Hawk wish you thanks for eternity.A Military inurnment will be held at a later date at Patriot Plaza, Sarasota National Cemetery, FL. Free Hawk, who had a strong affinity for Native Americans, will be pleased to be resting in Sarasota, the land of the Calusa Indians.Donations can be made in Free Hawk\'s memory to Wounded Warrior Project, P.O.Box 758516, Topeka, KS 66675 or on line at www.woundedwarriorproject.org or NeuroChallenge Foundation for Parkinson\'s, 722 Apex Road, Sarasota, FL 34240 or on linewww. parkinsonsneurochallenge.org.Kane Funeral Home has been entrusted with arrangements.