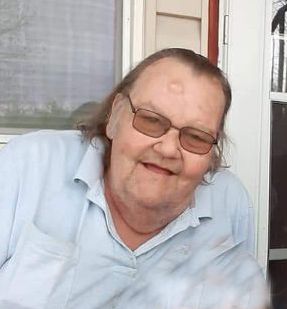 Gary Patrick Clearwater, age 71, passed away Wednesday May 11th in Douglas with his daughter by his side. Gary was the first born of eight children to Robert Clearwater and Margaret Eccli Clearwater Powers. By the time Gary was 18, he was off working in the oilfield. He worked in many different states including Oklahoma, West Virginia, California, Colorado. Gary married Patricia Silla and they had two beautiful daughters, Carrie Ann Calliham and Victoria Lynn Clearwater. Gary was preceded in death by Patricia Silla Clearwater, his daughter Victoria Lynn Clearwater,His father Robert Clearwater, his mother Margaret Eccli Clearwater Powers, Brothers Thomas (Mike)Michael, James Allan and sister Victoria Ann Clearwater, and sister in law Victoria Salstrom Clearwater.He is also preceded by his step father John Powers and all of his grandparents as well as his grandson Brandon Calliham.Gary is survived by his loving daughter Carrie Clearwater Calliham (Fred) of Douglas, his granddaughter Amanda Stevens of Gillette and his best friend and grandson Justus Calliham of Casper. He also leaves behind his great granddaughter Kamryn Bliss and great grandson Carter James Duff-Calliham.Gary is survived by his brother Robert Tim Clearwater of Missouri, brother Richard Clearwater of Georgia, Dan Clearwater of Wisconsin and sister Kelly Clearwater Bowen of Sheridan.Also survived by his sister in law and very dear family friend Diana Silla Carlson. Gary happened to run into a man at a tavern in Billings where he was living. This man was Roger Knutson, who became a very close friend of Gary’s. Roger owned the tavern and Gary ended up going to work for Roger for many years. Roger, his mother Jean and all the rest of the crew at Tiny’s Tavern were like Gary’s second family.

Graveside services will be held to honor Gary's life on Friday, May 20, 2022, at 1:00 pm at Sheridan Municipal Cemetery.

To view the graveside service live please click on the link below.