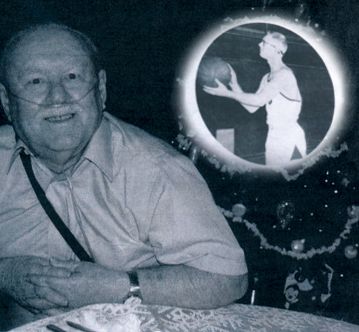 Gary Ward King, 78, of Sheridan, passed away on Monday, September 3, 2018, at the Sheridan Memorial Hospital. He was born in Greybull, WY on September 7, 1939 to Ward E. and Esther E. (Werbelow) King.Gary was a great basketball player in spite of his size, and played on the A squad at Greybull High School, graduating in 1957. People always said he was short of stature, but quick on his feet. Teams loved to play against him because he was so short; they never knew where he was. He graduated from Milo Bennett Printing Technical School in Indiana and returned to Wyoming. He worked at the Greybull Standard newspaper, and then the Sheridan Press for 28 years. After retiring from the Press he worked for Pinkerton Securities at Spring Creek Coal Mine, and Sugarland Ridge as their maintenance person until his retirement.Gary married Frances Lorraine Straw on September 30, 1961, and celebrated almost 57 years together. From that union they had three sons; Dan (Connie), Bill (Stacy), and Eric. They were his pride and joy and was a supportive father involved in their sports; golfing, baseball, bowling, camping and fishing, hunting, and Boy Scout Pack Leader. Gary was a very good bowler and missed that perfect game several times in his life. He was a longtime member of the Quarterback Club and served as president for one term. Gary also umpired hundreds of games as well as coaching his son\'s teams.Gary and I were fortunate to be able to travel before he got ill. We had trips to Mexico, Hawaii, Florida, France and Italy; with many short trips to visit families whenever possible.Gary is preceded in death by his parents, a niece, and his great grandson Wyatt. He is survived by his wife and sons as well as a sister, Carole L. Wagner. Also surviving are many cousins, nieces and nephews that he loved. He has six grandchildren, three great-grand children and a new great-granddaughter Aubree coming in October. He loved his children and their children unconditionally and he will be missed by all of them.Gary\'s years as a longtime smoker resulted in COPD and Emphysema which finally was the cause of his death. He always thought it would never affect him until reality set in.There are no services planned. A private family remembrance will be held next summer.Memorials to honor Gary may be made to the Hospice of the Big Horns, P.O. Box 391, Sheridan, WY 82801.Kane Funeral Home has been entrusted with arrangements.