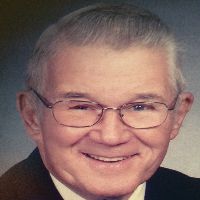 Former Lander resident, George H. Burtis, 80, of Sheridan, passed away on Tuesday, May 19, 2015, at Westview Health Care Center, in Sheridan, WY, where he had resided since June, 2012, following a severe stroke.George was born October 1, 1934, in Dover, NJ, to George E. and Rachel (Hubert) Burtis. When George was 11, his father was killed in an auto accident. At 14, he went to work on a dairy farm owned by a wonderful couple, Herbert and Katherine Braendel, of Lafayette, NJ. They treated George as their son and did so all their lives. George often said he owed much of his success in life to them.Following his 1953 graduation from Newton High School in Newton, NJ, George joined the US Marine Corps. Upon completion of boot camp at Parris Island, SC, he attended electronics school at Great Lakes Naval Station. He was then stationed with the 12th Marines, 3rd Marine Division in Japan for 9 months. He completed his 3 year enlistment with the 7th Marines, 1st Marine Division at Camp Pendleton, CA.On October 15, 1955, George married Janet Blumhagen in Branchville, NJ. They had 2 children, Brett and Karen, who were George\'s pride and joy.After his discharge from the Marines, George attended Paterson State College in Wayne, NJ,where he earned a BA in Education in 1961, and a MA in Elementary School Administration & Supervision in 1965. He taught junior high math in Hackensack, NJ, from 1961-1966, was then an elementary principal in Montague, NJ, from 1966-1971. George moved to Colorado and became the principal in Nucla, CO, from 1971-1973 and finally at Dryden, NY, from 1973 until his retirement in 1994.In 1994, George and Janet moved from Cortland, NY, and retired in Lander. George said he had found his Shangri-La. He enjoyed fishing and hunting, reading, woodworking, and gardening. He was also very active in the Friday-Truan Detachment of the Marine Corps League and wrote the monthly newsletter for several years.George is preceded in death by his parents and brother, Robert Burtis. George is survived by his wife, Janet, son Brett (Becky) and daughter Karen, both of Sheridan; sister, Victoria (Henry) Nagle of Bethalto, IL, sister-in-law, Dorothy of Whitewater, CO; and grandsons Kyle Burtis of Colorado Springs and Alex Burtis of Sheridan.Graveside services will be held at 2:00 PM, May 26, 2015, at Mount Hope Cemetery in Lander. The Friday-Truan Detachment of the Marine Corps League and Veterans of Freemont County will perform military honors.Memorial may be sent to the Marie Corps League\'s Central Wyoming College Scholarship Fund, P.O. Box 308, Hudson, WY, 82515.Kane Funeral Home has been entrusted with arrangements.