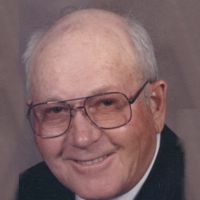 George Harper, 92, lifelong Banner area rancher, passed away in Billings, MT, on Saturday, March 4, 2017. George was born on February 22, 1925, the only child of Floyd Harper and Addie (Sanders) Harper. George attended the Banner School and Sheridan High School graduating in 1943. Upon completing high school he enlisted in the United States Navy serving in WWII. While in the Navy he attended college at Colorado College and the University of Oklahoma. Following his discharge from the US Navy in 1946, he attended and graduated from the University of Wyoming with a degree in agriculture.George and Mary Langheldt were united in marriage on September 28, 1952, and celebrated 55 years together before Mary\'s passing in 2007. In addition to ranching, George was the rural mail carrier on the Banner route for 20 years before retiring in 1986. He also served as a member of the Woodland Park School Board and later on the School District 2 Board serving as chairman for several years. He was a member of the First Presbyterian Church, Sheridan Elks #520, Big Horn Historical Society and the Buffalo American Legion. He also served as a board member and as the  president of the Piney-Kruse Ditch Company for several years.George was preceded in death by his parents Floyd and Addie, wife Mary and cousin Joe Mascher. He is survived by son Tom (Holly) of Banner, granddaughter Collette Eliason (Pete) of Big Horn and great granddaughters Samantha and Sierra Eliason and son Bob of Salt Lake City, UT. Services will be held at 2:00 pm on Thursday, March 9, 2017, at Kane Funeral Home with Pastor Doug Melius officiating. Interment will be in the Sheridan Elks Memorial Cemetery with Military Honors. A reception will follow at the Banner Community Club.Memorials to benefit the Big Horn Historical Society can be sent to P.O. Box 566, Big Horn, WY 82833 or the First Presbyterian Church, 2121 Colonial Drive, Sheridan, WY 82801, or the Banner Community Club C/O Bea Hutson, 3472 US Highway 87, Sheridan, WY 82801.