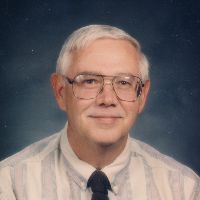 George M. Mathis passed away on Tuesday, April 17, 2018, at the Westview Health Care Center. George was born November 21, 1943, in Sheridan, WY, to Harry and Ruth (Ryder) Mathis. George was a beloved educator in Sheridan schools for 38 years. He taught at Linden and Highland Park Elementary schools. In addition, he was the first principal of Meadowlark Elementary school and later principal at Woodland Park and Story Elementary schools.George graduated from Sheridan High School in 1962. In 1964, he graduated from Sheridan College and received his BA at Eastern Montana College in 1966. While there he earned a Varsity Letter in swimming. George received his Masters in Elementary Education from the University of Wyoming.George was an avid golfer, having several golfing buddies and enjoyed fishing with his father, son and grandsons. He was a Past Master of Masonic Lodge, Big Horn Mountain Lodge #43 and also a member of the Kalif Shrine.In his younger days he sky-dived, scuba dived, bungie jumped, and also spent one summer at Black Mountain Lookout when the lookout was manned. George was also an avid reader having spent many hours at the library and the bookstore.George was married to his wife Patricia for 53 years. They had two children, Melissa (Chuck) Smith and a son, Michael. He had two grandchildren, Andrew James and Bryan Joseph. George was preceded in death by his parents Ruth and Harry Mathis and his brother, Harry David Mathis.Memorials to honor George may be made to the Sheridan Senior Center Day Break at 211 Smith St., Sheridan, WY 82801 or to the Sheridan Fulmer Library, 335 W. Alger, Sheridan, WY 82801.A Celebration of Life with Masonic Rites will be held at 6:30 p.m. on Tuesday, April 24, 2018, at Kane Funeral Home with Pastor Doug Goodwin officiating. A reception will follow in the Kane Reception Hall.Online condolences may be written at www.kanefuneral.com.Kane Funeral Home has been entrusted with arrangements.