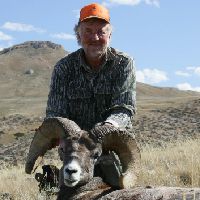 Click for Video Tribute Gerald J. Legerski of Story, Wyoming and Crete, Illinois entered eternal life on Saturday, April 26, 2014 at the Joliet Area Community Hospice Home. Beloved brother of Michael J. Legerski and cherished son of Michael J. and Mary Tkaczyk Legerski. Jerry was preceded in death by his brother, Michael (2013), his parents, Michael J.(2002) and Mary T. Legerski (1996), his maternal grandparents, John and Antonina Tkaczyk, his paternal grandparents, John and Anna Legerski, his uncle and aunt, Stanley and Lillian Tkaczyk and his cousins, Linda Carlat and David Aksamit.Jerry attended Crete Elementary School and Crete Monee High School – Class of 1969. He attended Southern Illinois University and Governor’s State University attaining a bachelor of arts degree in environmental sciences in 1977.A life-long and keen interest in nature, the outdoors and the western United States led Jerry to live and work in Wyoming. He worked many years for the Wyoming Game & Fish Department in the State Fish Hatchery at Story, Wyoming. He also worked at the Powderhorn Golf Community in the grounds and maintenance department. His leisure activities included time spent and enjoyed with his family and friends in the mountains of Wyoming. Working and living in Story, Wyoming was a dream come true for Jerry with all the wildlife, hunting and fishing opportunities.Jerry enjoyed all sports and recreational activities. He participated in softball, golf, flag football, basketball and downhill skiing. He especially embraced hockey as both a participant and a fan. This enduring love of sports was a springboard to another avocation. In fact, he was the man on the sidelines with the camera dressed in the hockey sweater taking all the photos. Jerry became an expert photographer who took pictures at many different sporting events in Wyoming and Illinois. His hobby also developed into a vocation as Jerry continued to take pictures for many schools and colleges. His photography is a lasting legacy and a tribute to his interests and talent.Survivors include Jerry’s cousins, Richard and Lela Aksamit, Cecilia and Dick Kuzara, Ronnie and Linda Aksamit, Gene and Margaret Aksamit, Tom Jr. and Mary K Legerski, Roger and Holly Legerski, Chris and Rich Mills, Teresa and Dave Harrington, Robert and Joan Ligocki, Larry and Loretta Ligocki, Herb Ligocki and their respective families of Wyoming and the surrounding states and also Lillian and Glenn Mazur and their family from New Lenox, Illinois. Jerry will also be remembered and missed by his friends in Crete, Illinois and the surrounding suburbs and in Wyoming as well.A celebration of life for Gerald J. Legerski will be Saturday, July 26, 2014 at 10:30 a.m. at the Kane Funeral Home in Sheridan, Wyoming.According to Jerry’s wishes, cremation rites have been accorded. Memorial donations in his name may be directed to the Sheridan Recreation District, P.O. Box 6308, 1579 Thorne Rider Park, Sheridan, Wyoming 82801, Attention Richard Wright.Arrangements have been entrusted to the Hirsch Funeral Home in Crete, Illinois and the Kane Funeral Home in Sheridan, Wyoming.Kane Funeral Home has been entrusted with arrangements.