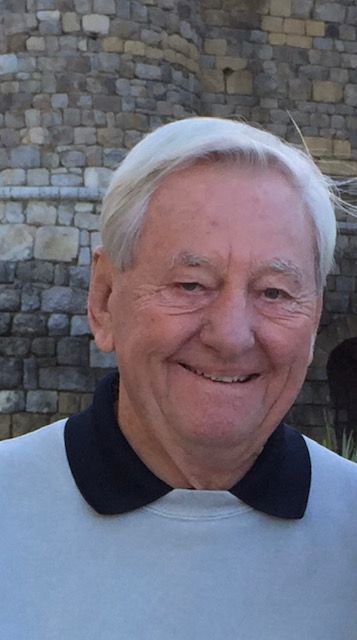 It is with sadness, but great memories, the Kilpatrick family announces the passing of Gerald Glade “Jerry” Kilpatrick after a short illness on September 6, 2022 at Sheridan Memorial Hospital. He was born March 19, 1934 in Sheridan, Wyoming, attended Holy Name Catholic School, and graduated from Sheridan High School in 1952. He attended Sheridan College and then enlisted in the U.S. Army during the Korean War. He served in the United States and Germany from 1954 to 1956 as a Financial Specialist.

In 1957, Jerry married his beloved wife Janet (Kuzara) in Sheridan and they relocated to Denver, Colorado to complete his college education. With both working and the G.I. Bill, he received a Bachelor of Science degree in Business Administration from Regis University (a Jesuit institution).

Jerry loved the Big Horn Mountains and nearly every year he, Janet and the family returned in the summers to hike and backpack and enjoy their Sheridan families.

In 1959, he accepted a position with Del Monte Corporation in San Francisco, California, and during his 32 years with the company he served in various management assignments in Production, Sales, Accounting and Distribution at various locations in California, Texas, Virginia, Florida and Utah. The last 20 years he held management and director titles at Del Monte headquarters in San Francisco.

After a year of retirement he took a financial position with the Bay Area Rapid Transit agency in Oakland, California, handling bonds and investments.

When he retired from BART – yard work, traveling the United States and Europe (England, Belgium, Switzerland, Germany, Italy and Spain) and cruising the Mediterranean, Caribbean and South Pacific seas with Janet, family and friends were some of Jerry's great enjoyments. At every home, rental or owning, (which were numerous), Jerry had a love for landscaping and spent his free time outside.

After a retirement to Sedona, Arizona and enjoying the red rocks and the friends there, Jerry was happy to move back to Sheridan in 2019 and work with all the plans for his and Janet and Laurie's new home. He loved sitting on the back porch and basically watching the grass grow. He could be seen sitting in a chair in the front yard watering with a garden hose. He tried his best to be able to help maintain the yard, garden and flowers there.

He and Janet celebrated their 65th anniversary with all their children, grandchildren (6) and extended family in their backyard this June.

A Celebration of Life  will be held at the Holy Name Catholic Church with Father Glenn Whewell Officiating on Thursday, September 29, 2022, at 11:00 AM. Immediately following the service will be a reception at the Powder Horn Club House.

Date:
September 29, 2022
Start Time:
11:00 AM
Location:
A Celebration of Life will be held at the Holy Name Catholic Church with Father Glenn Whewell Officiating on Thursday, September 29, 2022, at 11:00 AM. Immediately following the service will be a reception at the Powder Horn Club House.
Tribute VideoService VideoService Brochure