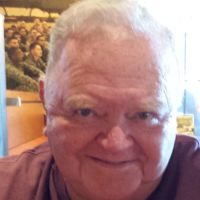 Gerald \"Jerry\" Lee Gentzler of Sheridan, WY died at the Yuma Regional Medical Center in Yuma, AZ on Sunday, November 26, 2017. He was 77 years of age.Jerry was born on September 10, 1940 in York, NE to parents Harlan and Arlene (Mosley) Gentzler. He was raised in Hyattville, Wyoming and attended local schools. He graduated in 1958 and started working on local ranches. He then attended Chadron State College and obtained his degree in education. Jerry taught elementary education in several Wyoming schools including Ft. Washakie. In 1974 he established the vocational evaluation department at the Gottsche Rehabilitation Center in Thermopolis. He met his future wife, Connie, there and they were married on June 29, 1980. In 1989 Jerry became the director of Big Horn Enterprises in Thermopolis. In 1993 they moved to Sheridan where Jerry began working for RENEW. Jerry later obtained the position of Student Advisor at Sheridan College which he held until his retirement in 2002. He loved working with the college students and felt that the country would be in good hands based on the young people he met.Jerry enjoyed many hobbies including working with wood, sharpening knives and visiting with friends. He and Connie began traveling in their motor home in 2002 and made trips to Mexico, Alaska and the Yucatan. Jerry enjoyed meeting different people while traveling and he made many friends throughout the U. S. His favorite pastime was spending time with family and friends. In recent years, Jerry and Connie \"snowbirded\" to Yuma where they have a small home and an active social life.Jerry was preceded in death by his parents and an older brother, Phillip Gentzler. He is survived by his wife, Connie Gentzler of Sheridan; his daughter, Karla Turner of Cody, WY; his son, Todd Gentzler of Gillette, WY; his brothers Michael \"Mick\" Gentzler of Hyattville, WY and Keith (Carolyn) Gentzler of Worland, WY; and his sister Margaret \"Peggy\" (John) Johnson of Hyattville, WY. He also survived by six nieces and nephews.A viewing will be held from 1:00 p.m. to 2:00 p.m. On Monday, December 4, 2017 at Kane Funeral Home followed by services at 2:00 p.m. with Pastor Jim Barth officiating.Memorials to honor Jerry can be made to the Sheridan College Foundation for students entering the Law Enforcement Program at Sheridan College. Send to Sheridan College Foundation (Note: Law Enforcement Program) P.O. Box 6328, Sheridan, WY 82801.Kane Funeral Home has been entrusted with arrangements.