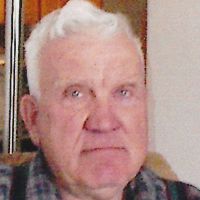 Gerald N. Erpelding (8 January 1928 - 27 August 2017) passed peacefully from this life to his heavenly home on August 27th. He was in the Army Air Corps then Air Force, during WWII and the Korean War and was dedicated to his beloved country. While he was a pilot, he served as an aircraft mechanic working on the B24, B29, and B52 bombers, and the F80 jet. After bad roads prevented homesteading in Alaska, he began working for Boeing in 1954, installing and maintaining the Minuteman Missiles, and retired in 1993. He was a machinist, electrician, carpenter, welder, mechanic, pilot and writer in the course of his life. Gerald loved to spend time with his family and friends. He worked hard and played hard - lots of adventures! He loved to hunt, fish, shoot, hike, and boat with family and friends. He rode his bike most days, did research at the library, wrote letters to the editor, and made lots of bird houses. He volunteered for the Public Land Bureau and was active in community projects such as the Greenway walking paths and he was a charter member of COST (citizens opposing spend thrift taxation). When asked what he was most proud of he said \"passing my faith onto my children and grandchildren.\" He is survived by his wife of 65 years Joyce, brother Bernie (Jan), sister Rose (Ed), sons Tony, Joe (Christine), Nick (Sue), Ron (Cindy), Christopher (Shirley), and daughter Mary Ann (Joe) Perron, grandchildren Tim, Scott, Craig, and Becky Erpelding and Caiti Hoff, also Joey, Elizabeth and Michael Perron, six great grandchildren, many nieces and nephews. (nurses, engineers, a pastor and three doctors among them). He was preceded in death by his parents Nicholas and Katherine, brothers Sylvester and Frank, sisters Helen and Dorothy and grandson Logan Erpelding and great granddaughter Ellie Erpelding. A Visitation will be held at 1:00 pm with Funeral Services to be held at 2:00 pm on Friday, September 1, 2017, at the United Pentecostal Church. Interment with Military Honors will follow in the Juniper Heights section of the Sheridan Municipal Cemetery.Kane Funeral Home has been entrusted with arrangements.