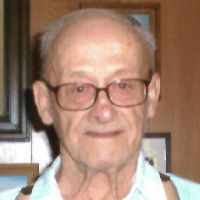 Gerald Samuel Allred, 79, of Sheridan, passed away on Sunday, March 30, 2014 at the VA Medical Center.Gerald was born on May 17, 1934 in Sheridan, WY to Harley and Erma (Cover) Allred. He was raised in Sheridan. He served in the Army. He married Janet Schreiner on December 14, 1956 at the Congregational Church. He enjoyed visiting with people, was good with woodworking, liked spending time at the cabin and outdoors. He was a member of the Elks and the American Legion. He especially loved spending time with his family.Gerald was preceded in death by his parents. He is survived by his wife Janet Allred of Sheridan, WY, his children; Bonnie (Brian) Turner of Saratoga, WY, Lyle (Marjorie) Allred of Sheridan, WY, Kelly (Dar) Merrill of Albany, OR and Danny (Brenda) Allred of Hanna, WY. Also his siblings; H. Wayne Allred of Sheridan, WY, Mary (Dave) Jelly of Dayton, WY, nine grandchildren and five great grandchildren.Memorials to honor Gerald can be made to the Sheridan Dog and Cat Shelter, 84 East Ridge Road, Sheridan, WY 82801 or the American Legion Post #7, Honor Guard, 137 N. Brooks St., Sheridan, WY 82801.Cremation has taken place and at his request no services planned.Kane Funeral Home has been entrusted with arrangements.