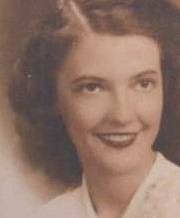 Geraldine “Gerry” Siler died peacefully at the Green House for Living in Sheridan, Wyoming May 16, 2021; she was 95. Gerry was born in Oklahoma City in August of 1925 to Edna Holt Terry and Lee Terry. She graduated from the Tuttle High School in Tuttle, Oklahoma and later attended the Oklahoma State Teachers College. She married R.M. “Jack” Siler in 1946; they remained married until Jack’s passing in 2016. Jack and Gerry followed their hearts and moved to Wyoming in the early 50’s where they raised their two kids Richard and Sharyn.

The couple first lived in Sheridan where Gerry was active in the Daughters of the Nile and several community art groups. In 1964 they moved to Lander where they bought the Standard Oil bulk plant. Later, she and Jack bought Lander Furniture and Ace Hardware and ran that until they retired in 1985.

Gerry was a member of the First United Methodist church in Lander. She loved to play bridge, travel and read. Some of her fondest memories, and greatest stories, involved the Daughters of the Nile Oriental band. Those ladies always had such fun. Jack and Gerry moved back to Sheridan in 2014 to be close to family.

The family would like to extend their heartfelt thanks to the Green House Living staff for their loving care of mother, because of all of you she could spend her final years in comfort. In lieu of a memorial, sing The Old Rugged Cross in your heart and feel grateful.