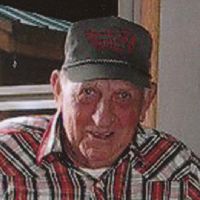 Glen E. “Jiggs” Anderson, 83, passed away on Monday, January 12, 2015, at his residence on Columbus Creek, Parkman, WY.Jiggs was born to Glen A. and Mary Wrede Anderson on October 8, 1931, in O\'Neil, NE. In 1942, the family moved to Sheridan. Jiggs attended Holy Name Catholic School and after school he sold newspapers for 5 cents a piece. He enlisted in the Army in June of 1952. He served in the Korean War as an engineer until June 1954. During his service he was awarded the Korean Service Medal, 2 Bronze Service Stars, the National Defense Service Medal, the Meritorious Unit Commendation, and the United Nations Service Medal. Upon returning home he served in the Wyoming Army Reserves, worked on local ranches, and eventually became a heavy equipment operator in NV and WY.Jiggs married the love of his life, Betty Byrom in 1977, in Ely, NV. Upon their return to the area, Betty ran the Spring Creek Bar in Sarpy Creek, MT, while Jiggs worked in the mine. Eventually, they returned to Sheridan where Jiggs worked at Decker Coal. Jiggs was a member of the Elks Club, VFW, and the Eagles Club.Jiggs was preceded in death by his parents, wife, Betty, three brothers, Clint, Charlie, Ben; two sisters; Maxine and Helen. He is survived by his sister, Betty Smith, of MO, and many nieces and nephews.At his request no services will be held. Donations may be made to the Building Fund, Elks Lodge #520, 45 W. Brundage, Sheridan, WY 82801.Kane Funeral Home has been entrusted with arrangements.