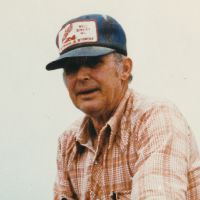 Glen Raymond Lohse, 89, of Kaycee, WY, went to his heavenly home on March 9, 2016, at his residence after a long struggled with emphysema and kidney failure.Glen was born on August 10, 1926 at the Sussex Hotel on the banks of the Powder River. A Dr. Olds, of Chicago, was visiting friends in the community and delivered Glen, and always called him his \"Powder River\" baby, sending birthday gifts for many years after Glen\'s birth.Glen grew up on the family homestead on Carpenter Creek in southern Johnson County. His father, Alvin Leroy Lohse, and his mother, Helen Elizabeth (Mooney) of the Sheridan Mooneys, knew the trials and tribulations of a dry homestead.Glen attended school at Sussex for grades 1-8, in southern Johnson County, and then went to work full time for his family and the neighbors. He lambed, herded sheep, cowboyed, put up hay, and fed cattle. He later earned his G.E.D., passing with high marks.Glen had a life-long love for rodeo sports and he and his best friend, Buster Meike, took every opportunity to rope calves, team rope, and rodeo.Glen met the love of his life at a Grange dance in Kaycee. He married Dana Anderson of Buffalo, a country school teacher, on November 24, 1950. To this union were born three sons: Mike (1952), Kelly (1954), and Lee (1955). Once again, the dry homestead on Carpenter Creek housed a Lohse family.Glen taught his sons ranching and rodeo and cowboy life, and mom taught school.From the mid-Fifties to the mid-Sixties, he added \'seasonal deputy game warden\' to his work agenda, and from the mid-Sixties to 1997 he was a full time brand inspector for the Wyoming Livestock Growers Association. Glen and his buddy Gary Pence watched many a Friday night rodeo in Kaycee and socialized at the Invasion and Hole in the Wall. Glen leaves many friends in Johnson County and East Tennessee to celebrate his life. He is survived by his wife, Dana, of 65 plus years, and 3 sons, Michael and his wife Connie, Kelly and his wife Edith, and Lee and his wife Deb. Also 5 grandchildren honor their grandfather, Clint of Washington, DC, Reo and his wife Katy of Sussex, WY, Kelli May Curtis and her husband KC of Levelland, TX, Melissa Black and husband Jake of Casper, WY, and J.D. Dyess and his wife Dani of Seattle, WA; 3 great grandchildren, Dylan, Maddie, and Jake of Casper, WY; 4 nephews, Rob Kerr of Laramie, WY, Tom and Tim Lohse of Buffalo, WY, and Scott Kerr of Norway; a niece, Corinne Kerr of Seattle, WA; and a great niece, Danni Kerr Lenski (Nic) of Parker, CO. A private memorial was held Monday, the 14th of March at All Souls Episcopal Church, with the Reverend Carole Buckingham and the Reverend Joel Dingman presiding. A public celebration and wake, including the committal of ashes at Glen\'s birth site at Sussex, 19 miles East of Kaycee, is planned for August. Posters and newspaper ads will advise. Memorial are dedicated to Susie Bowling Lawrence Hospice, 497 West Lott, Buffalo, WY, 82834. They were dedicated caregivers for nearly two years. The Lohse Family invites Glen\'s friends and neighbors to a wake and placement of his ashes on Friday, August 12, 2016, at Sussex, 19 miles east of Kaycee at 1-4 p.m. Bring a 5-6” diameter rock. Food, fellowship and \'Glen\' stories. RSVP Mike 738-2344, Kelly 738-2339, Lee 437-6259 or Dana 738-2362.Condolences may be written online at www.kanefuneral.com or sent to P.O. Box 244, Kaycee, WY, 82639. Kane Funeral Home has been entrusted with arrangements.