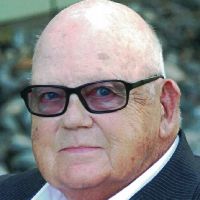 Gregory A. Florence November 18, 1941 - March 13, 2017 Riverton, WyomingToday we celebrate the life of Chief Petty Officer Corpsman Greg Florence. He passed away in the early morning peacefully in his sleep at the Sheridan VA Hospice Center in Sheridan, WY.Gregory A Florence was born in Basin, WY, on 11/18/1941 to Raymond Dee Florence and Beulah (Boots) Florence in Basin, WY, where they lived until the family moved to Riverton, WY, in 1956. Our Father then graduated from Riverton High School in 1960. Upon graduation he enlisted into the United States Navy and attended his basic training in San Diego, Ca. When he completed graduation he went to medical school in Bethesda, MD, to become a Navy Corpsman. He served several tours over in Vietnam with the United States Marine Corps as their senior corpsman. Upon his return to the states he was trained to head up new X-ray departments on several military bases. Upon leaving the Navy and moving back to Riverton with his 3 sons he did several years in the Army National Guard and worked at Lucky Mac Uranium Mine as a lab technician. Then he worked at the Wyoming State Training School where he became a certified CNA. He then worked for CES for several years. In his retirement years he loved to spend a lot of his time fishing with his brothers, sons and especially his grandkids. Our father lived for the holidays he would spend his free time building decorations for all the holidays to display at his house or mine. He was famous for hanging more lights than the breakers were built to handle. He started our pumpkin carving party that started in the back patio with a few pumpkins the soon grew to over 25 plus carved pumpkins to be displayed on the Sierra Drive neighborhood. He just lived to bring a smile to a child’ face whether it was his decorating or playing the Jolly Old Elf for 50 plus years.Gregory A. Florence was preceded in death by his parents Ray Florence and Beulah (Boots) Florence. Brothers and Sisters: Buddy, Karen, Robert, Bernice, Beverly, Gary. Nephew: Douglas Florence, Grandson, Garrett Florence and a Great granddaughter Sophia Florence. He is survived by his three son’s Karl Florence and his Wife Susan of Riverton, WY, Gregory P. Florence of Sheridan WY, Dennis Florence and his wife Karen of Riverton, KS. Surviving Brothers: Tom Florence of Riverton, WY, Don Florence and his wife Andrea of Casper, WY and Keith Florence and his wife Socorro of Moran JCT, WY. Grandchildren: Kristopher Florence and his wife Hiliary, Cory Florence, Marcy Florence, Skylar Florence, Katelyn Florence, Derrick Florence and his wife Sheila, Wade Florence, Ashby Florence, 12 nieces and nephews and 8 Great grandchildren.If we had to some our Father up in three words to describe his life it would be Dedication: The Dedication he put fourth for his family was not surpassed by anybody. Honor :When he served his country at all cost to himself that would later shorten his life. Joy: The Joy and happiness he brought to every holiday and to everyone around him.The Family will have a graveside service on the 7th of April at the Mountain View Cemetery in Riverton, WY at 2:00 pm with military rights. There will be a gathering at his son’s house at 4480 West Mountain View Dr in Riverton, WY, following the graveside ceremony to celebrate his life. In lieu of flowers he requested a donation to the Wounded Warrior Project, P.O. Box 758517, Topeka, KS 66675.Kane Funeral Home has been entrusted with the local arrangements.

Date:
Start Time:
The Family will have a graveside service on the 7th of April at the Mountain View Cemetery in Riverton, WY at 2:00 pm with military rights.
Location:
Tribute VideoService VideoService Brochure