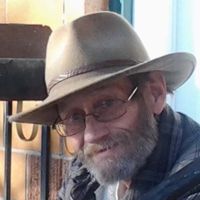 Gregory “Gregger” H. Silvers, 63, of Sheridan, passed away on Saturday, December 14th, 2013 at the Sheridan Memorial Hospital.Gregger was born on Wednesday August 9th, 1950 in National City, CA and grew up in Worland, WY. He liked Bob Dylan, Jack Nicholson, Pink Floyd, the Beatles, working with wood, rock hunting, and loved Chili Cheese Burgers, Chocolate Malts, Chicken Fried Steaks and Breakfast at Kim\'s.Although he never had kids of his own he filled the role of father to Lindsey, Sunni, Michael and Angie, who say “We couldn\'t ask for a more loving, understanding incredible father.” He was a caring grandfather to Dylan, Christian Lee, Christian Thomas and Hope. He was a member of the Fellowship of Alcoholics Anonymous and celebrated sixteen years of sobriety this month.Gregger loved his Dad Foster Silvers and his Aunt Becky, he cherished the love of his life, his “Soul Mate” as he called her, Megan, his girls, grandchildren and his friends. He was preceded in death by his Dad, Foster and grandson, Lennon. He is survived by his companion, Megan Sharp, his children and grandchildren.In lieu of flowers Memorials to honor Gregger can be made to Megan Sharp, P.O. Box 6453, Sheridan, WY 82801.“Catch ya on the flip side” ~ GreggerPrivate Services will be held.Kane Funeral Home has been entrusted with arrangements.