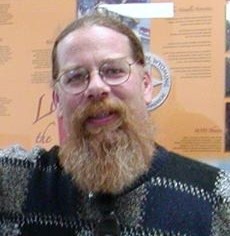 Gregory Kent McKinley passed away August 12th suddenly. He was born in Sheridan on November 18th, 1959 the second child to Ridgley and Sarah McKinley. He stayed his whole life in Sheridan. He worked many years at Wyoming Sawmill until it closed. He had two children Travis Gregory in 1982 and Tyler Adam in 1985. Greg is survived by his father, and sons as well as one granddaughter Katya Moira McKinley in Russia. He also is survived by his two brothers Trent and Brett and one sister Sharilyn Harvey as well as many nieces and nephews. He is preceded in death by his mother. Greg had one love of his live and that was his Harley Davidson that he bought in 1990. He loved riding his Harley and enjoyed going to Sturgis and any other bike related event. Donations can be made to the cremation expense fund to Travis or Tyler McKinley @ 1755 Highland Avenue,Sheridan, WY 82801Kane Funeral Home has been entrusted with arrangements.