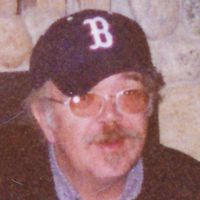 Gregory “Greg” Robert Steel, 60, of Sheridan, passed away on Saturday, September 28, 2013 at the Sheridan Memorial Hospital.Greg was born on February 10, 1953 in Sheridan, WY to parents George Robert and Elta (Burden) Steel. He attended Sheridan Schools, graduating in 1971. The majority of his employment was with Boyd\'s Super Market. He was employed at Fremont Motors at the time of his death.Greg (Graddy) was a gentle man, always easy to be with and never judgmental. He denied himself to give to others. He enjoyed camping and fishing and loved being Captain of his dartball team. Gregs infectious grin, endeared him to his family and friends. He treasured his time at the “Gazebo Lounge.”Greg was preceded in death by his parents, Elta and George. He is survived by his sister, Margo (Frank) Kelley of Billings, MT, brother, Brett (Nancy) Steel of Orange City, FL, and sister, Debra (Durwin) Vinke of St. Louis, MO. He will be greatly missed by his nieces and nephews; Kelly, Dave, Chad, Chelsey, Kori, Mallory, Marsha, Brett, Mike, Mark, Michael, Melanie and Savanna. Along with numerous friends, whom he considered family.A Celebration of Greg\'s Life will be held at 11:00 a.m. on Friday, October 4, 2013 at Kane Funeral Home with Pastor Doug Goodwin officiating. Inurnment will be in the Sheridan Municipal Cemetery. A Reception will follow in the Kane Reception Hall.Memorials to honor Greg may be made to Joey\'s Fly Fishing Foundation at 109 S. Main St., Sheridan, WY 82801 or to the Sheridan YMCA at 417 N. Jefferson, Sheridan, WY 82801.Kane Funeral Home has been entrusted with arrangements.